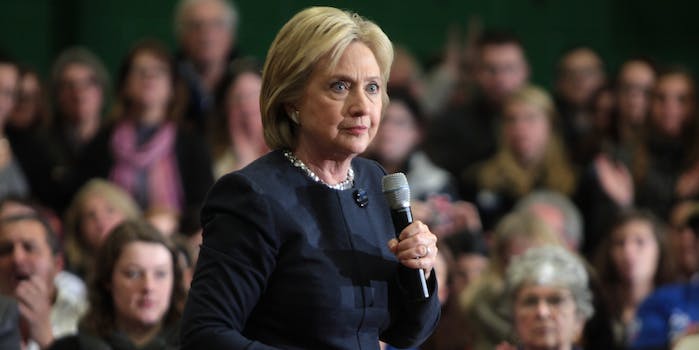 The FBI‘s decision not to recommend charges against Hillary Clinton may have struck a nerve with most Americans. But it’s not likely to hurt her chances at the White House.

An ABC News/Washington Post poll on Monday indicates that more than half of Americans disagree with FBI Director James Comey on finding no fault with Clinton’s handling of her e-mails  while secretary of state.  A total of 56 percent of Americans disapprove of the FBI’s decision, while more than a quarter (28 percent) said it would make them less likely to support Clinton in the presidential election in November. A total of 57 percent say the Clinton e-mail saga makes them worry about her conduct if she is elected president.

In a testimony before Congress last week, Comey said there was not enough evidence surrounding Clinton’s use of a private e-mail server to bring on a criminal charge. Less than 24 hours later, Attorney General Loretta Lynch made it official and announced the Department of Justice would not press charges against Clinton. Both events set off a storm of doubt over Clinton’s innocence and suitability for office.

While criminal charges are no longer at play, the ongoing saga over Clinton’s email will still continue. The State Department re-opened a less serious inquiry into how Clinton and her staff handled classified information during her four-year tenure as agency head. The worst outcome of that investigation could be that Clinton would lose her security clearance. Comey has recommended stripping Clinton’s security credentials, even though such a step would be virtually meaningless if she were elected president according to USA Today. At worst, she would be prevented from appointing old staff members from State who also lost their clearances.

But an even greater number—nearly 6 in 10 Americans—say the Clinton outcome has zero effect on their pick for the White House. A total of 58 percent of those surveyed in the Washington Post/ABC News poll said the FBI’s decision had no impact on their likelihood of supporting Clinton.