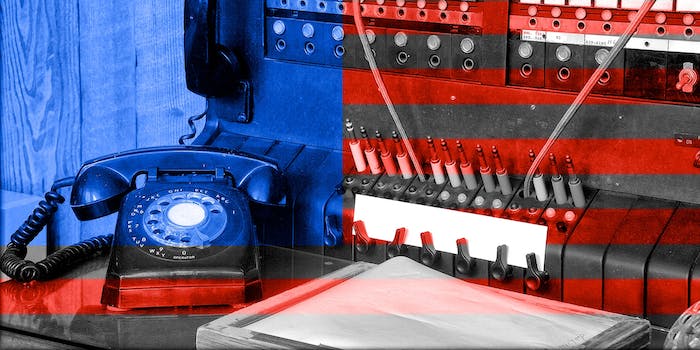 Americans are terrified of government spying, but they refuse to take action

Americans are mad as hell—and they'll continue to take it.

A new poll shows Americans are terrified of their government and their favorite websites spying on their communications.

That’s according to first part of a massive new Pew study on Americans’ feelings on privacy in the digital age. It shows the seemingly contradictory attitude prevalent in the U.S.: Americans are frightened of government and corporate surveillance, yet they’re complicit in the same systems that bother them.

A full 80 percent of Americans think their compatriots should be more concerned about the government monitoring phone and Internet communications, the study found. This is among the highest paranoia seen in the multiple Pew studies on the subject ever since the spring of 2013, when former National Security Agency systems analyst Edward Snowden first leaked information detailing the NSA‘s vast spying capabilities.

Despite this, there was little mention of NSA reform or privacy reform—a relatively bipartisan issue—in the recent midterm elections, which saw a major Republican Party’s recent Senate takeover. Mark Udall (D-Colo.), regarded as the Senate’s staunchest privacy advocate up for reelection, was upset by GOP challenger Cory Gardner.

And lest you think they consider it an either-or proposition, Americans are pretty concerned with their data in private hands, too. More than 90 percent think consumers have lost control of how companies collect and store personal information, and 88 percent think it would be “very difficult” to remove inaccurate information about themselves online. Eighty-one percent feel insecure when posting personal information to social media sites, though obviously an awful lot of them do that anyway.

Yet there’s plenty of dissonance in these opinions. Barely half—55 percent—agreed with the statement “I am willing to share some information about myself with companies in order to use online services for free,” even though that’s something absolutely everyone who uses Facebook, Twitter, or even Google does. A full 88 percent fear it would be almost impossible to get inaccurate information about them removed from the Internet, but only 11 percent have any experience of that actually happening.

A majority, 61 percent say they wish they could do more for their privacy online. There are places to do that, of course, seeing how people didn’t start at the ballot.

Photo via PhotoAtelier (CC BY 2.0) | Remix by Jason Reed