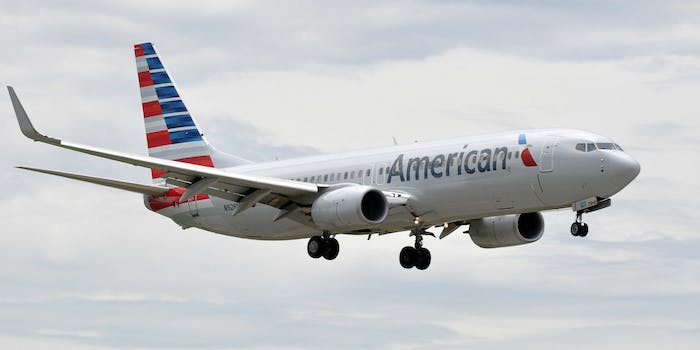 American Airlines has no pilots to work on Christmas

The company is reportedly offering 150 percent of normal hourly wages to pilots.

If you booked a flight with American Airlines this holiday season, you may want to rethink your plans.

Thousands of flights are reportedly at risk of being canceled after a computer glitch gave too many pilots time off in December, according to the Allied Pilots Association (APA) union, which represents 15,000 American Airlines pilots. The airline is now scrambling to fix the scheduling error, which, as it stands, leaves some flight without enough crew to operate during the holiday rush.

The APA said in a message to its members that it was notified of “significant holes” in the schedule caused by an error with the pilots’ schedule bidding system. American Airlines spokesperson Matt Miller declined to answer Bloomberg’s inquiry as to how many flights would be affected, claiming only that the airline expects to fix the problem and avoid canceling flights.

“We are working through this to make sure we take care of our pilots and get our customers to where they need to go over the holidays,” Miller said.

American is reportedly offering pilots 150 percent of their normal hourly wage to incentive employees to help make up for the glitch. The APA has filed a grievance, claiming the solution violates its labor pact.

This surprisingly isn’t the first time a scheduling error gave too much time off to pilots. Popular European budget airline Ryanair was forced to cancel 2,000 flights earlier this year after pilots reportedly rejected a bonus of 12,000 euros ($14,282) to work 10 extra days.

We have reached out to American Airlines to learn more and will update this article if we hear back.