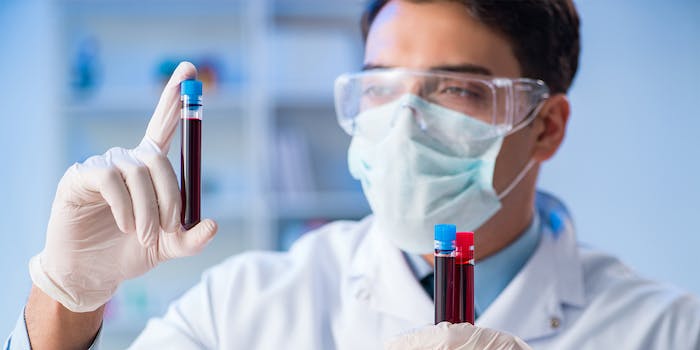 It's unclear if young blood even makes a difference.

A startup called Ambrosia Medical plans to open its first clinic in New York City later this year, and it has an unusual aim: to fill patient veins with blood from more youthful donors.

For $8,000, Ambrosia Medical patrons can undergo a procedure that gives them an infusion of young blood, according to Business Insider. The belief is that in doing this, it can help slow the aging process, giving new life to old organs. The idea has also been parodied on TV in the HBO show Silicon Valley.

Ambrosia Medical conducted a clinical trial in the U.S. in 2017 studying whether this theory is accurate, but the results of that trial haven’t been made public yet. Still, company founder Jesse Karmazin told Business Insider that the results so far have been “really positive.” Anecdotally, recipients felt like they had better sleep, focus, and memory following a transfusion of young blood, as well as improved muscle tone. Those claims are not yet backed up with data, though.

Since Ambrosia Medical is giving patents a blood transfusion (or a plasma transfusion, specifically), a procedure approved by the FDA, it doesn’t face a unique or difficult approval process before opening its doors. According to CDC data, more than 14.5 million blood transfusions take place each year, and typically, recipients don’t experience any ill effects. However, proof from clinical trials could help boost business, adoption, and interest in the idea of using young blood to rejuvenate the older body.

Thus far, David Cavalier, Ambrosia’s chief operating officer, says that Ambrosia Medical has had about 150 patients, 81 of which participated in its clinical trial. Recipients have ranged in age from 35 to 92, while blood donors range in age from 16 to 25.

Ambrosia Medical’s website, which went live last week, is sparse. It consists primarily of a list of addresses where interested parties can email for more information, or you can be added to a waitlist to undergo an $8,000 transfusion.