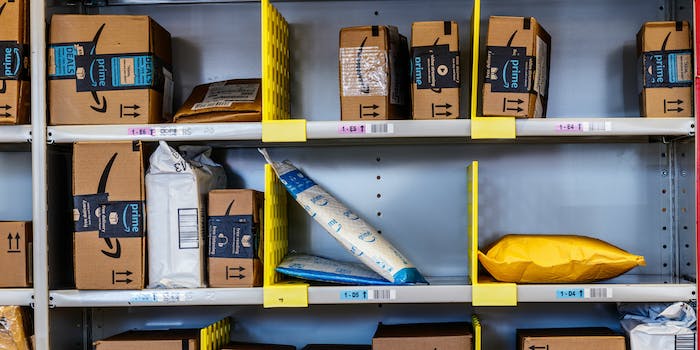 Amazon still has a huge problem with fake reviews

Two-thirds of top Bluetooth speaker reviews were likely paid for.

Amazon boasts of the legitimacy of its reviews, but a new report from the Washington Post suggests a significant percentage of those are paid for by merchants.

The report found the “vast majority of reviews” for products in popular categories like Bluetooth headphones and speakers are fake, written by accounts created only to turn a quick profit. The imposters are scoped out on Facebook groups like Amazon Review Club and Amazon Reviewers Group where sellers promise money for a glowing 5-star rating.

“Merchants pledge to drop reimbursements into a reviewer’s PayPal account within minutes of posting comments for items such as kitchen knives, rain ponchos or shower caddies, often sweetening the deal with a $5 commission or a $10 Amazon gift card,” the report says.

The implications are devastating for sellers who play by the rules. Fake reviews help merchants bring their products to the top of Amazon search and rankings, where their popularity and profits skyrocket. Companies relying solely on verified reviews risk dropping out of the precious top spots, potentially resulting in a crippling blow to their sales figures.

Facebook reportedly banned more than a dozen groups created as a meeting place for sellers to find review con artists. In February, there were reportedly more than 100 groups that solicited customers to write fake reviews for payment. One group had more than 50,000 members until it was deleted after the Post notified Facebook.

Amazon told the Post it takes strict action against merchants who pay for positive reviews but failed to mention how it will fix a problem that has been around for years.

“We know that millions of customers make informed buying decisions everyday using Customer Reviews,” an Amazon spokeswoman said in a statement. “We take this responsibility very seriously and defend the integrity of reviews by taking aggressive action to protect customers from dishonest parties who are abusing the reviews system. We take forceful action against both reviewers and sellers by suppressing reviews that violate our guidelines and suspend, ban or pursue legal action against these bad actors.”