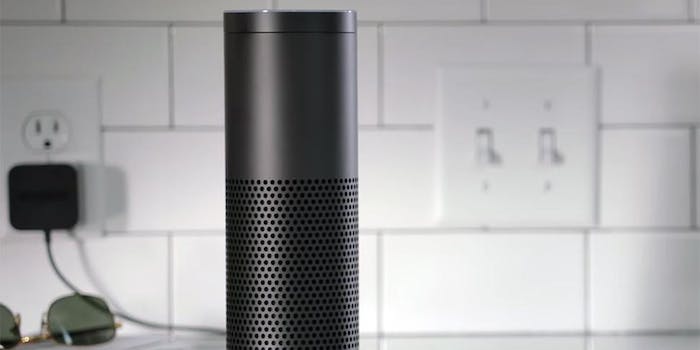 The brain to your smarthome's body

Amazon‘s public beta program for the funky do-it-all Amazon Echo hub has finally come to an end. If you want one of these weird robot cylinders, you can now order one even if you weren’t cool enough to join the beta.

The Echo is an all-in-one music, news, weather, traffic, and search device. It can set reminders, look up information, and control your less-witty home gadgets like Philips Hue lights and WeMo-compatible appliances. In short, if your home were a body, the Echo would be its brains.

Customer reviews of the Echo, which costs $179, have been overwhelmingly positive, with users praising its ability to detect a voice from rooms away and decipher requests amid ambient noise that would trip up most voice-recognition systems.

Amazon launched the device through an invitation-only pre-release trial period to put it through its paces and iron out any kinks before a wider release. Judging by the nearly 20,000 reviews for the device, that trial was rather large.

Perhaps unsurprisingly, the Echo has already sold out and is now on backorder. You’ll have to wait until at least mid-July for your Echo to arrive if you order it now.