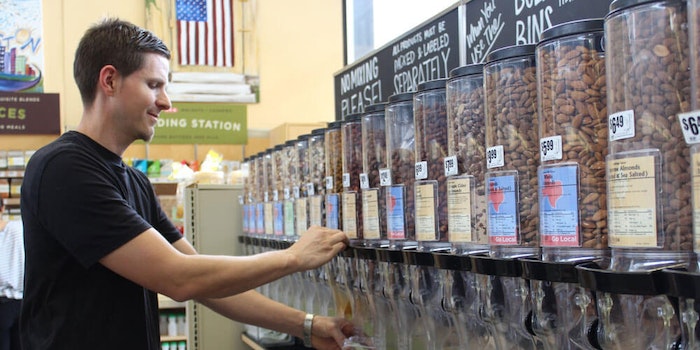 The online retail giant hopes to implement hand-scanning tech in its stores nationwide.

Online retail giant Amazon is testing a biometric payment system for use in Whole Foods stores across the country, The New York Post reports.

The system, referred to internally as “Orville,” will allow Amazon Prime account holders to pay for groceries simply by having their hands scanned.

Orville is currently being tested at Amazon’s New York offices where numerous vending machines have been outfitted with the technology.

The biometrics system relies on “computer vision and depth geometry to process and identify the shape and size of each hand,” The Post notes. “It’s accurate to within one ten-thousandth of 1 percent, but Amazon engineers are scrambling to improve it to a millionth of 1 percent ahead of its launch,” a source claimed.

If the testing phase proves successful, the hand scanners could appear at select Whole Foods’ locations in the next few months before eventually making their way to all stores.

As far as whether Americans will be comfortable with such a system, independent technology ethics researcher Stephanie Hare speculates that the company likely ruled out face-scanning over privacy concerns.

Hare warned though that Americans should be hesitant to give their unique biometric data away in the age of data leaks.

“Why would you give them that data? People don’t understand the risk, and they’re oversold the benefits,” Hare added. “We have a couple of nation states that are really good at stealing data right now.”

The new system is designed mostly to save consumers time. Whereas a credit card transaction takes on average between three and four seconds, sources allege that the hand-scanning system will take less than 300 milliseconds to charge a user’s account.