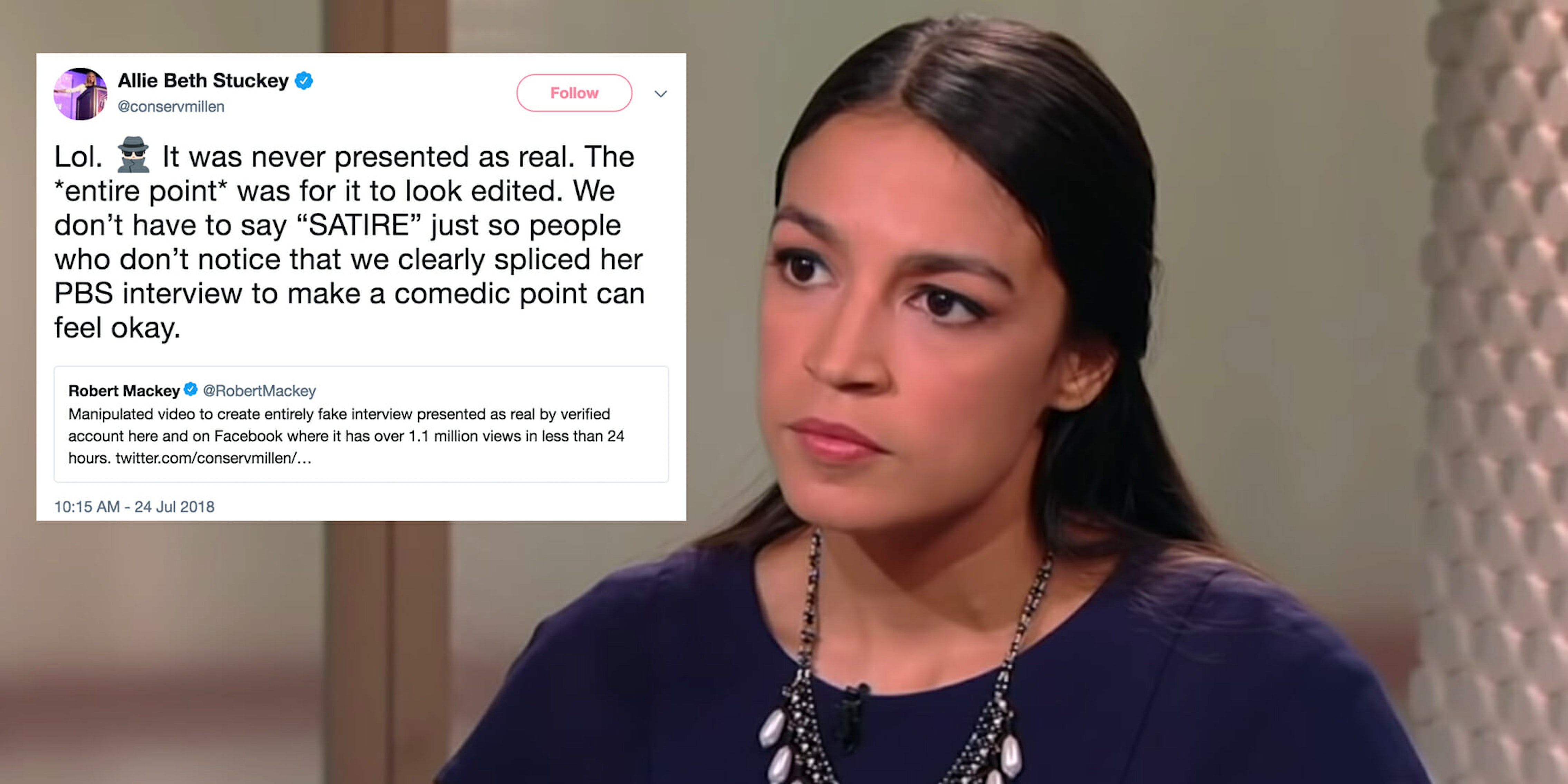 Some conservatives were convinced the viral video was real.

Conservative media network CRTV was called out on Tuesday by New York Democratic congressional candidate Alexandria Ocasio-Cortez after it posted a hoax interview video aimed at humiliating her without making viewers aware it had been faked.

The faked interview pulled clips from the Democrat’s recent appearance on PBS’ Firing Line and spliced in her answers against different questions from CRTV host Allie Stuckey.

.@conservmillen grills congressional hopeful and progressive “it girl” @Ocasio2018 on her socialist agenda and knowledge of government… or lack thereof.

Taking to Twitter, Ocasio-Cortez slammed the video, which had racked up over 1 million views.

Republicans are so scared of me that they’re faking videos and presenting them as real on Facebook because they can’t deal with reality anymore.

In defense of the video, Stuckey said that it was not a hoax but clearly “satire” with a “comedic point.”

This is intensely stupid. Allie makes satire videos. I've starred in them with her. Someone clearly needs to undertake a forced redistribution of senses of humor so that you end up with one. https://t.co/Jxit9AsfJr

Rather than seeing satire, however, it appears that many in Stuckey’s audience are assuming the faked interview is real.

The problem is, of course, that right-wing media have already sought to undermine and misrepresent Ocasio-Cortez by pushing cynically edited clips from the Firing Line interview in a bid to trigger outrage and opposition from mainstream conservatives.

The 28-year-old, who defeated incumbent Rep. Joe Crowley (D-N.Y.) in the primary fight for New York’s 14th congressional district, has been aggressively targeted over her progressive political positions such as universal healthcare and abolishing Immigration and Customs Enforcement.

The text footer under the CRTV video clip on Facebook has since been updated to read: “Yes, this is satire created from excerpts of the viral Firing Line interview with Ocasio-Cortez.”