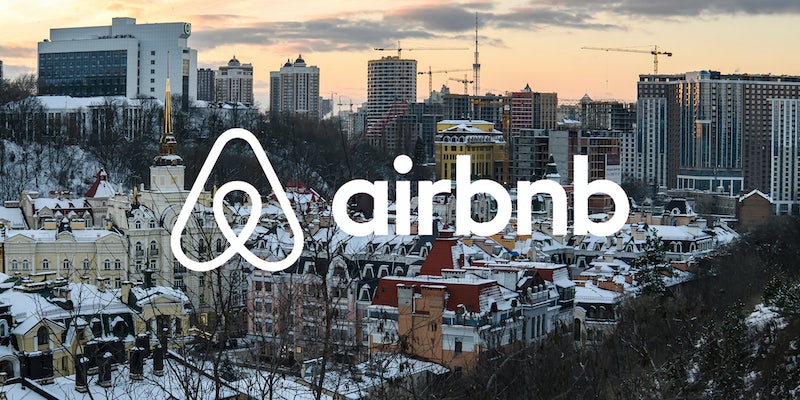 As donations dry up and winter looms, Airbnb owners in Ukraine struggle to stay afloat

In February, hundreds of people booked Airbnbs that they did not intend to visit. The goal was to support the thousands of hosts in Ukraine who were experiencing cancellations, caught trying to sustain a business that relies on tourists as the chaos of the Russian invasion cratered the market.

When war broke out, all airports in Ukraine were closed, countries advised their citizens to not travel there, and tourists fled as fast as they could.

Airbnb hosts experienced mass cancellations. In response, people began booking houses they never intended to stay in, a way to infuse fast cash into a populace that needed.

But as war raged on, that support dwindled. Now, Airbnb hosts in Lviv, the western city that has become a hub for thousands of internally displaced people in Ukraine, are struggling to stay afloat with intermittent bookings and impacts far beyond their control

Lviv is far from the battlegrounds of the country, but not its effects. On Tuesday, Russia launched a 100-missile attack on Ukraine and 80% of Lviv was without power for over three hours.

In the two days that have followed, Lviv is still experiencing power outages for hours at a time. The city also just had its first snow of the season.

Booking and tourists aren’t flowing in, and with donations out of the news, the winter months in the city are expected to be a struggle for those who relied on the app for their income.

At the beginning of the war, Olkesander Rupa, an Airbnb host in Lviv, experienced multiple cancellations, as guests realized their Ukrainian vacation was off the table.

Rupa recalled that “at the very beginning of war for me is like in the fog. I was only thinking how to save my family.” While processing that Russia launched a full-scale invasion of his homeland, the Airbnb messages began to come in.

It was, he said, “just very massive, all who wants to cancel, done in 48 hours after war starts.”

Rupa discounted his nightly rates by 50% for three months, an effort to make whatever income off of the apartment.

He said that almost “all empty dates were booked immediately, mostly by U.S. donors.”

Rupa, with his discounted rates, has been able to keep some people coming in, with bookings from internally displaced Ukrainians and people traveling to Lviv for work.

But with winter approaching, the influx of bookings Rupa had died down, and he is left unsure of what the winter will mean.

Other Airbnb hosts share the same fears. Winters are brutally difficult in the country, more so when experiencing war for the first time. Any minimal income that may have been coming in over the past few months is expected to dry up as Lviv freezes.

Ostap Bedrylo worked with the app for over five years. At the onset of the war, he received support from donors abroad. Much of the money Bedrylo got went right to supporting Ukraine.

And the surge of donations only lasted for two weeks, he said.

Since then, the costs to operate his Airbnb have increased, he told the Daily Dot over Telegram, “Renovation [and] value of real estate is more expensive for me now than one year ago. So from the point of view of the business, the return on the investment made has deteriorated significantly, and I have lost something.”

“Now the main question is—will electricity and gas [be] available this winter at all. And its price [is] secondary thing,” he added.

He knows that he is one of the lucky ones. Bedrylo can still afford to support his family, pay taxes, and has some income.

Still, his Airbnb is in worrying proximity to where possible attacks might take place. Bedrylo’s family house is outside of the city center and he is “preparing a gasoline generator and firewood,” and it is equipped to handle possible damages.

But at his Airbnb, “in central part, it looks like I can do nothing.”

“I have some water, electrical candles, and batteries, but it won’t help if it’s cold,” he added.

Vasyl Yufan received an Airbnb message on Feb. 24. The guest, a woman from the U.K., said that she would not be coming to Lviv. Yufan was on vacation with his wife at the time, and the message was how he found that Russia had invaded. Yufan’s guest canceled the booking two days before she was meant to come.

According to Yufan’s cancelation guidelines, she got a full refund. Other guests Yufan had planned to host canceled in the following weeks.

Yufan told the Daily Dot at his Airbnb in central Lviv that some guests let him keep the money he would have made off their stay, but others requested it back.

He said that he did not receive any support from Airbnb donors.

But Yufan is also spending much of his own income funding the war efforts. He had once relied on Airbnb for just a small percentage of his annual income, but now “it is 15-20%. I work in my family. A lot of money goes to Ukrainian forces. Mostly all.”

He also cannot frequently get into the apartment to do the things that he typically does to enhance a guest’s stay. He could not schedule cleanings, change bed linens, or resupply products.

There was no certainty he would be safe.

But looking forward, Yufan is trying to provide a comfortable stay for his guests. With some people coming in, he is helping them navigate where to seek shelter if there is an air raid alarm and makes sure they are handling it OK.

“I take care of all my guests I’m responsible for,” said Yufan. Sometimes his work is “more or less calm,” when the guests are Ukrainian. They are used to the air raid sirens and know what to do in the case of power shortages or other unforeseen circumstances.

Yufan said that if people do come, he still pledges to offer the best hospitality he can.

“For those who are coming from abroad,” he said, “choosing to travel to Ukraine in its current circumstances, it means you are my guest, not only in my apartment, you are also my guest in my city, my country, in this not easy time.”

Anna Conkling is a freelance journalist based in Berlin. Her work primarily focuses on the war in Ukraine.