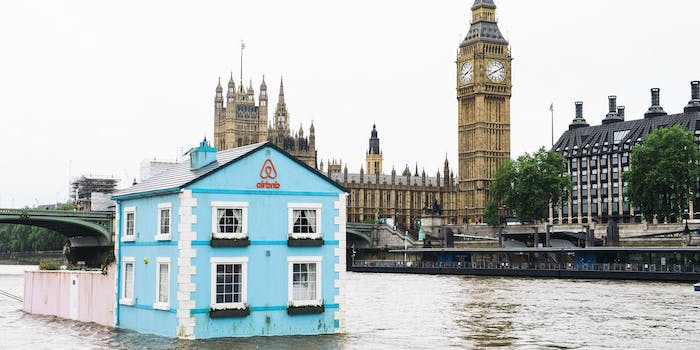 This floating Airbnb house confused the heck out of London

If you search around Airbnb, you’re sure to find some unique homes off the beaten path. That especially applies to a new listing on the site this week, a quaint blue house floating down the River Thames. 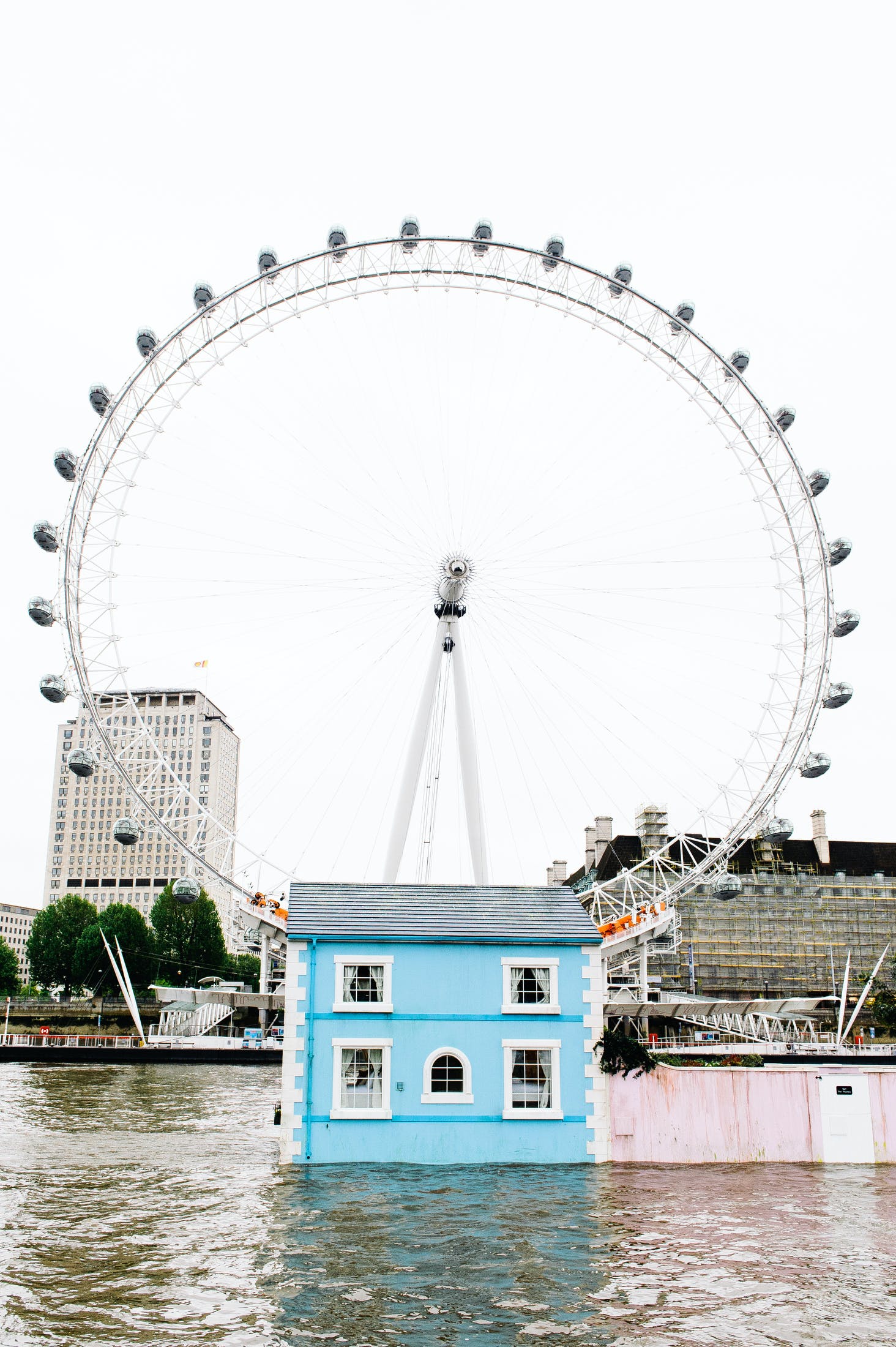 The house won’t be a long-term fixture on the stretch of water—it’ll spend the week floating up and down the river. Londoners who want to spend some time on the literal houseboat will have the opportunity to do so when it docks on May 22 at the Putney Pier. On that Friday, one lucky person and three guests will be able to climb on board and live in the house for a day.

Airbnb is currently accepting entries into the contest to live on the floating house, which consists for two bedrooms and one bathroom. Though the amenities inside are sparse, Airbnb will bring some pampering to the occupants with spa treatments provided by on-demand app Priv and dinner prepared by Robert Ortiz, head chef of London hotspots Lima and Lima Floral.

The floating house made its first appearance on the River Thames this morning, much to the confusion of London residents who spotted it.

There appears to be a house floating down the Thames. pic.twitter.com/Id9MXzka6w

Anyone know who's house is floating down the Thames? pic.twitter.com/JLC0eofmPm

Floating house and garden being towed on Thames pic.twitter.com/57S73XiXYT

Oh London, you are so crazy. House floating along the Thames #London #instalol #instalife… https://t.co/rBQ32klu1D

As observed in some of the photos, the house does not appear to actually be the vessel itself—it just floats. There’s a boat in front of it doing the work of navigating, though photos of the floating house provided by Airbnb cut out the tugboat and show an (apparently decorative) wheel in the house itself. An Airbnb representative confirmed to the Daily Dot that the house only floats while another boat tugs it through the river.

The promotional stunt from Airbnb is in celebration of new rules in London that allow residents to share their homes with travelers for 90 days out of the year. The rule changes will allow Londoners, like much of the rest of the United Kingdom, to participate in Airbnb’s services.