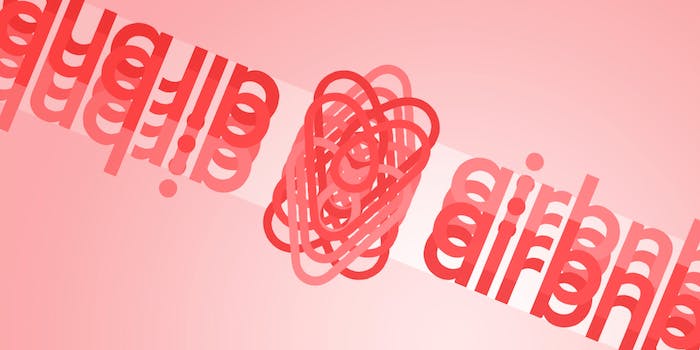 Airbnb is reportedly working on a flight-booking tool

Airbnb could be going after Hipmunk in its latest project.

Airbnb isn’t content dominating the short-term rental market anymore. The company, according to a report from Bloomberg, is now looking at how it can compete with travel search magnates Expedia and Priceline—and that could be through flight booking.

The feature, currently referred to as Flights, is still in very early development, sources told Bloomberg. The company may build it out itself, license data from another provider, or acquire a company that’s already doing flight search and booking. Earlier this year, SAP’s travel and expense arm Concur made a similar move, acquiring the app Hipmunk in September. And Google began getting into the flight-booking space following its acquisition of ITA Software back in 2010 (it has since built that out into its robust Google Flights site).

Airbnb would reportedly push to for the launch of its own Flights feature before it goes public (possibly by mid 2018 or sooner).

In recent months, Airbnb has expanded from its short-term rental roots. For a handful of cities, such as San Francisco and Paris, you can now use the app to also find and book Experiences, which include activities such as hikes, guided tours, and wine tastings. With the addition of a flight-booking feature, Airbnb would become more of a complete travel end-to-end travel resource, rather than just a tool for finding a cool place to stay.