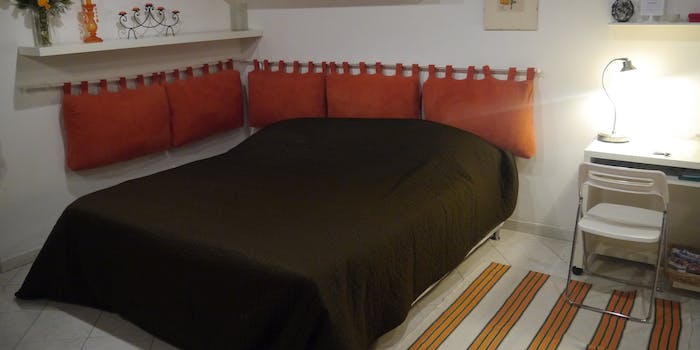 Oakland resident evicted so landlord could turn home into an Airbnb

The Bay Area's fight between residents and Airbnb continues.

Oakland, Calif., is in the throes of a painful transformation: The city is gentrifying rapidly, a huge inflow of tech money pushing rents and the cost of living on an upward trajectory. Proponents argue it increases the communities’ standards of living—but for those not on six-figure salaries, there’s the constant fear of being priced out of your home. (House prices in the area have risen a shocking 120 percent in the last four years alone.)

One piece of proof of the negative impact that this gentrification is having came yesterday from freelance journalist Aaron Mendelson. He posted a letter from his landlord informing him that he was being evicted, so that his landlord could “[pursue] new experiences and greater riches” by renting out the apartment on short-term rental site Airbnb.

My landlord tried to #evict me from my #Oakland apartment to rent it on @Airbnb. This is the letter he handed me: pic.twitter.com/7lfhSarJ5i

Dated from September, it’s not clear whether or not the landlord was ultimately successful in ejecting his tenant and taking “the plunge into the ‘sharing economy’”—though Mendelson has confirmed he no longer lives there.

The Bay Area remains locked in a battle with Airbnb. Proponents of the coming “Airbnb law” argue the company is taking the city’s affordable housing and turning it into unregulated getaways for visitors. Residents are trying to fight the company’s spread, saying its turning their communities into temporary rentals instead of homes for year-round, interested owners.