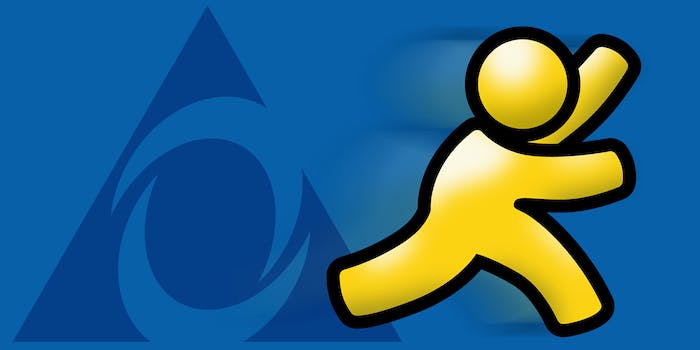 The end of an era.

If you grew up in the late 1990s and early 2000s then chances are AOL’s instant messaging program had a profound impact on your social life.

I’m sad to write that AOL Instant Messenger (AIM) is no more.

Oath, Verizon’s newly merged AOL and Yahoo division, confirmed the news in a blog post in October, setting a termination date of Dec. 15. It claims the reason for ending AIM is because the way we communicate with each other online has “profoundly changed.”

“You might also remember how characters throughout pop culture from ‘You’ve Got Mail’ to ‘Sex and the City’ used AIM to help navigate their relationships,” wrote Michael Albers, vice president of communications product at Oath. “In the late 1990’s, the world had never seen anything like it. And it captivated all of us.”

AOL Instant Messenger was created in 1997 and found instant success in the early days of personal computing. By 2006, AIM owned more than 50 percent of the instant messaging market in the United States. But around 2010, it started losing popularity to more modern services like Gmail, while the smartphone gave rise to SMS messages and social media apps like Facebook and Myspace.

Serving as a blueprint for modern messaging, AIM was, for many, the first experience of using an online messaging app. It was a place where people could keep in touch with longtime friends, talk with strangers from around the world in real time, and even find love.

Even though AOL hinted at its shutdown back in March, former users aren’t taking the news lightly. They’ve turned to social media in anger and appreciation to say one final goodbye.

AIM is shutting down. I'm not crying, YOU'RE crying pic.twitter.com/9gyQ8T72wn

Farewell, little yellow running man. Thank you for being a huge part of internet history.

Editor’s note: This article has been updated to reflect AIM’s shutdown.