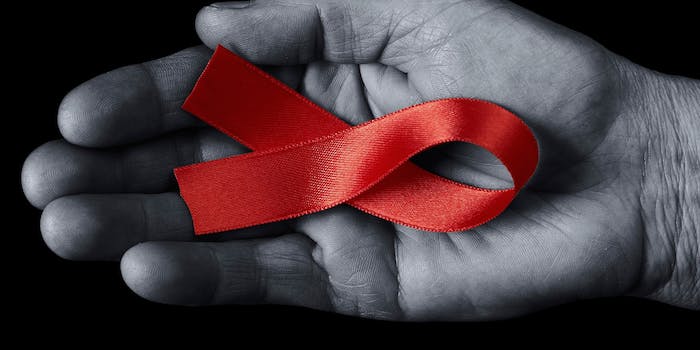 In January, we reported on the worrying rise of AIDS denialism: conspiracy theorists who claim AIDS, which has thus far claimed over 30 million documented lives, does not, in fact, exist.

Born out of religious fanaticism and mistrust of authorities, a dangerous new chapter has recently begun in the denier’s search for the “truth.” They’re abusing copyright law to censor their critics—and YouTube might be unintentionally helping them.

YouTube vlogger Myles Power has made it his mission to challenge the myths and disinformation about HIV and AIDS propagated by denialists. He’s produced a series of videos that thoroughly debunk House Of Numbers, a particularly popular documentary by Canadian Bruent Leung that purports to reveal the “truth” about AIDS.

The House Of Numbers team have now responded—not by discussing the facts or attempting any rebuttal—but by filing DMCA notice after DMCA notice in an attempt to get Power’s YouTube account shut down.

The Digital Millennium Copyright Act is a U.S. law that allows copyright holders to effectively issue takedown notices for websites or videos that contain allegedly copyrighted material. When used genuinely, they are a vital tool against unauthorized copyright infringement online.

But the system is inherently flawed, especially as employed on YouTube, which relies heavily users and automated systems to flag offensive and copyright-infringing content. The company operates on a “pull first, question later” basis, and users have long abused the request process to remove pieces of content they disagree with.

House Of Numbers producers claim—somewhat hypocritically—that Power’s videos amount to propaganda, and his use of clips from their documentary as such should not be protected under fair use exceptions. YouTube operates a “three strikes and you’re out” policy with regards to DMCA notices, putting Myles Power at risk of being banned for daring to speak out and challenge untruths.

Any pretense that this is about copyright rather than censorship is negated by the fact that, as Power points out, numerous copies of House Of Numbers exist on YouTube in full, with no attempt made to remove them. For proof, just search for “house of numbers full” on YouTube.

The Electronic Frontier Foundation, a digital liberties advocacy group, has since stepped in and helped Power to challenge the takedowns. Google has issued a statement saying that “when a copyright holder notifies us of a video that infringes their copyright, we remove it promptly in accordance with the law. We reinstate content in cases where there is clear fair use and we are confident that the material is not infringing.”

But for the EFF, this is just the latest in a long line of DMCA abuses, which are well-documented in its Takedown Hall of Shame. The EFF argues that there is more service providers should do to avoid this kind of abuse and that the “legal and technological practices that are blurring the line between copyright and censorship” are in dire need of attention.

That a group unashamedly devoted to anti-science seeks silence its critics rather than debate them is almost to be expected. But poorly implemented copyright law shouldn’t be making it easier for them to do so.