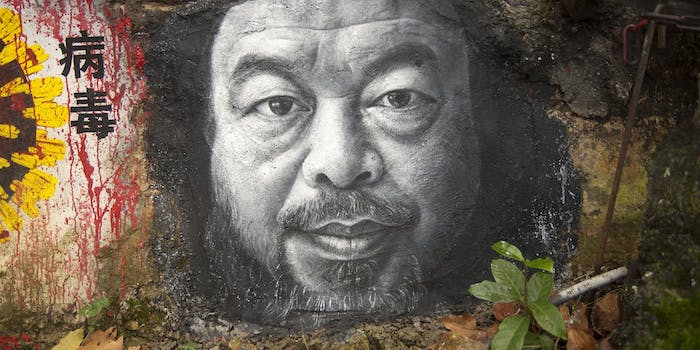 The gates of freedom opened a crack further in China this week for one of the country’s most high-profile government critics.

Chinese dissident artist Ai Weiwei has been granted his passport for the first time since he was forbidden from leaving China in 2011, according to a post on Instagram early Wednesday morning.

“Today, I got my passport,” the artist wrote. Thousands of people have liked the post. Many have asked that he come visit them around the world.

Ai, a world famous activist for democratic and human-rights causes in China, had been banned from leaving the country when he was arrested in April 2011, just before flying to Hong Kong. His studio was searched by authorities while his staff and wife were detained. Chinese authorities accused Ai of economic crimes while others asserted the arrests were due to his vocal criticism of the Chinese government.

Ai has worked extensively with the Chinese government in the past, including designing the “Birds Nest” Olympic stadium in 2008. His prolific online criticism of the government, which began years before China’s Olympic Games, eventually prompted a shutdown of his accounts in 2009. His outspoken criticism continued, and many believed that led to the removal of his passport in 2011.