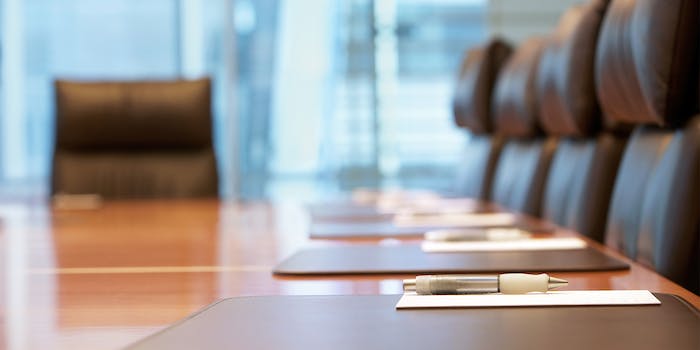 The FCC still doesn't have a chair. Biden hasn't even put forth a nomination.

Over 50 advocacy groups have signed onto a letter to President Joe Biden, demanding that he finally break the deadlock at the Federal Communications Commission (FCC) and name a chair.

The FCC is currently staffed with only four commissioners—two Democrats and two Republicans—after the Senate GOP was able to force through a last-minute nomination for commissioner before former President Donald Trump left office.

Biden has been in the White House for nearly five months and still has not named a replacement for Ajit Pai, who resigned when Biden took office.

Now, groups such as the Electronic Frontier Foundation, Fight for the Future, Free Press, and the Open Tech Institute sent a letter to Biden and Vice President Kamala Harris saying enough is enough.

The letter to Biden, which was sent on Friday, was first reported by Politico.

The groups called it a matter of “rapidly growing urgency” and said that Biden keeping the seat open is “incompatible with the goal of delivering open, affordable, and reliable high-speed broadband to every home.”

Citing the congressional schedule, the groups said Biden’s administration is reaching a “critical point” to be able to achieve Democratic party goals at the FCC.

With a Democrat in the White House and control of the Senate, many expected a restoration of net neutrality after Democrats gained the ability to have a majority on the FCC. Groups also hoped for immediate action on the digital divide. During the coronavirus pandemic, the nation’s lack of broadband coverage for a number of its citizens was put under a magnifying glass.

Biden’s FCC could take steps to ameliorate the lack of high-speed internet for many Americans immediately and reinstate new neutrality.

But Biden needs to put forward a commissioner first. Why he hasn’t is starting to raise questions.