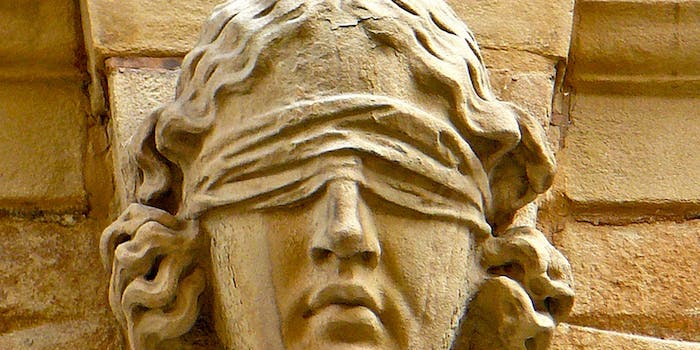 ACLU sues to find out who was convicted with NSA surveillance

The government doesn't disclose who it tries with NSA surveillance evidence. The ACLU is suing to find out.

Since 2008, the Department of Justice (DoJ) has been authorized to wiretap, without a warrant, American citizens communicating with a party outside the U.S. However, it has never disclosed any instance in which it has used that information in court.

The American Civil Liberties Union is looking to change that.

As reported by Wired, on Thursday, the ACLU filed suit against the DoJ, demanding to know the names of those prosecuted with evidence obtained through warrantless wiretapping, which is permitted under the Foreign Intelligence Surveillance Act.

As Wired points out, federal law requires that those accused of crimes be informed of how evidence against them was collected (in part because, if that collection method is illegal, the evidence will be thrown out).

The ACLU suit comes six months after the organization filed a Freedom of Information Act request seeking “the case name, docket number, and court of all legal proceedings, including criminal prosecutions, current or past, in which the Department of Justice intends or intended to enter into evidence, or otherwise used or disclosed in any trial, hearing, or other proceeding, any information obtained or derived from electronic surveillance pursuant to the authority of the FAA.”

The suit presents something of a predicament for the DOJ. On the one hand, it would appear it is required to disclose this information to defendants. However, doing so would no doubt compromise the National Security Agency’s ability to collect the information in secret.

Of course, since former intelligence contractor Edward Snowden disclosed a drove of documents detailing the NSA’s collection methods, it has become clear public opinion on the validity of keeping these collection tools secret is mixed.

As the ACLU argued in its suit, the NSA is a “surveillance authority whose wisdom, effectiveness, and legality is a matter of intense and ongoing public debate.“