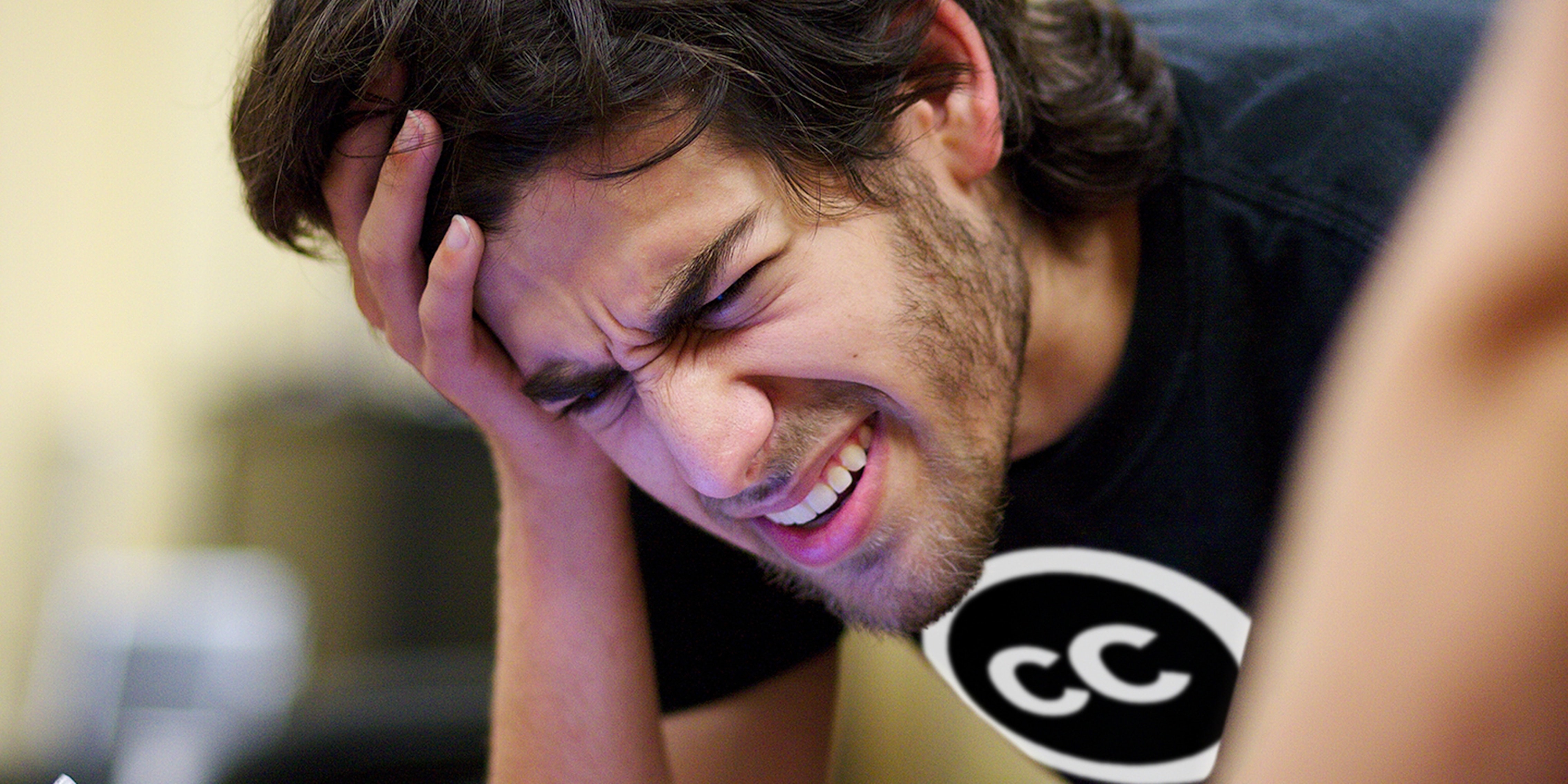 It's a bitter irony for the late activist.

In a bitter irony, a documentary celebrating the late Internet activist who helped create the Creative Commons has been taken down from YouTube by an apparently misguided copyright claim.

The Internet’s Own Boy, a documentary on Aaron Swartz‘s life, suicide, and legacy, was released June 27 after making the rounds at film festivals. A prolific activist who helped found Reddit, Swartz committed suicide in January 2013 at the age of 26, haunted by major criminal hacking charges after he downloaded a cache of academic journals from JSTOR through MIT’s network.

Unlike standard Hollywood movies, The Internet’s Own Boy has a multifaceted distribution model: It’s available in certain theaters, through paid streaming services like Amazon Prime, and for free online. Keeping with Swartz’s ideals of free flow of information, director Brian Knappenberger chose to make the film Creative Commons-licensed, meaning anyone can use the material without fear of copyright infringement.

But one of the dark sides of how copyright is enforced on the Internet is that sites that don’t actually infringe are sometimes mistakenly swept up in rightsholders’ takedown notices, which are frequently automated. Visitors who tried to watch The Internet’s Own Boy on YouTube Friday were greeted by the message, “This video is no longer available due to a copyright claim by Remove Your Media LLC,” a reference to a company that specializes in sending copyright takedowns in accordance with the law that governs them, the Digital Millenium Copyright Act (DMCA).

It’s not clear who made the claim, but that’s not the point—as activists are all too aware, false copyright claims can can knock legitimate content offline.

“It wasn’t done by us,” Knappenberger told the Daily Dot. “I’m trying to figure out [who issued the claim].”

A representative for Remove Your Media, Eric Greene, refused to name the client who hired him for the takedown, though he noted it was “a distributor outside the U.S.”

A representative for one of the film’s U.S. distributors attributed the takedown to “miscommunication,” and expressed confidence it would be resolved soon.

Update: As of Friday afternoon, the video is back on YouTube. “I’m not sure who [issued the takedown],” Knappenberger told the Daily Dot. “[It’s] obviously not as malicious as it was made out to be, but just shows how hard it is to do what we are trying with this film.”

Clarification: The articles Swartz downloaded were stored on JSTOR. He downloaded them from MIT’s network. We’ve updated the article above to clarify that distinction.