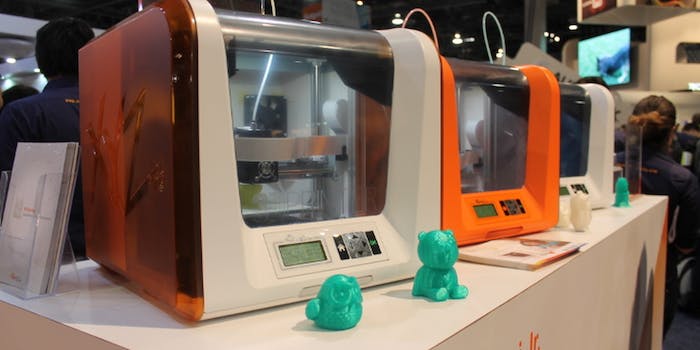 The da Vinci Junior is an adorable, affordable 3D printer

The da Vinci Junior would look great in your living room.

For makers and educators, 3D printing technology is changing the way people create and learn about products and software. For the rest of us, it’s largely still a novelty—unique, even beautiful, plastic products coming from expensive printers that don’t serve a particular purpose besides making us look cool to friends.

At the Consumer Electronics Show in Las Vegas this week, 3D-printing technologies are everywhere, featuring flexible materials, 3D-printed clothing, and even food. As someone who’s interested in 3D printing but can’t afford my own printer, or have any real reason to own one, I had fun wandering the halls and chatting with the engineers, looking at printers totally out of my price range.

But this week, XYZPrinting unveiled a 3D printer that an average tinkerer could afford. The company has been producing relatively inexpensive printing technologies, and its newest model is the cheapest yet. The da Vinci Junior will be available this year for just $349. 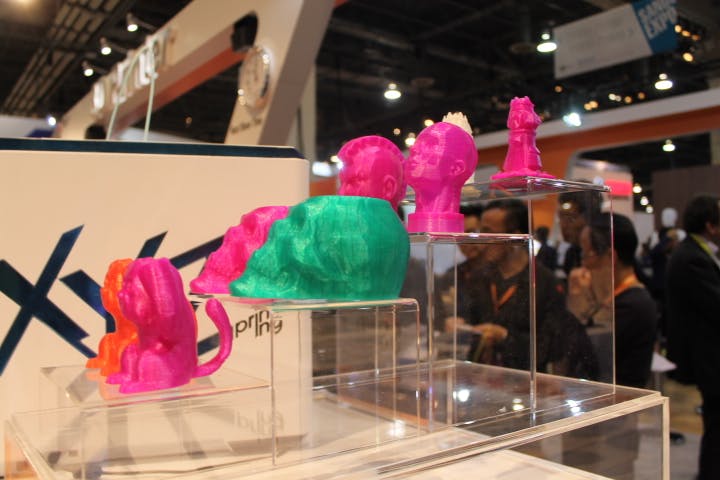 The printer will come fully assembled right out of the box, and can plug into your computer to start printing tiny creations immediately, or you can insert an SD card directly into the printer without connecting to a separate device. At about 16 cubic inches, the da Vinci Junior is smaller than other printers, hence the “Junior,” name, with a 5.9 cubic-inch build area.

It’s also one of the most environmentally friendly printers on the market, consuming only 75 watts of electricity with each print. And NFC technology will enable you to see which filaments are low and need to be replaced.

Budget printers already exist on the market; the da Vinci Junior is comparable to Printrbot’s Simple Maker Kit. Though XYZPrinting’s product requires zero assembly, which is more convenient for people who’d rather start printing right out of the box.

The da Vinci Junior wasn’t the company’s only printer drawing curiosity from passersby. The company is also behind what it calls the world’s first food printer that can print out flour- and chocolate-based creations with just a few taps. It can even measure a cake placed on top of the printing area and decorate it from pre-programmed instructions. 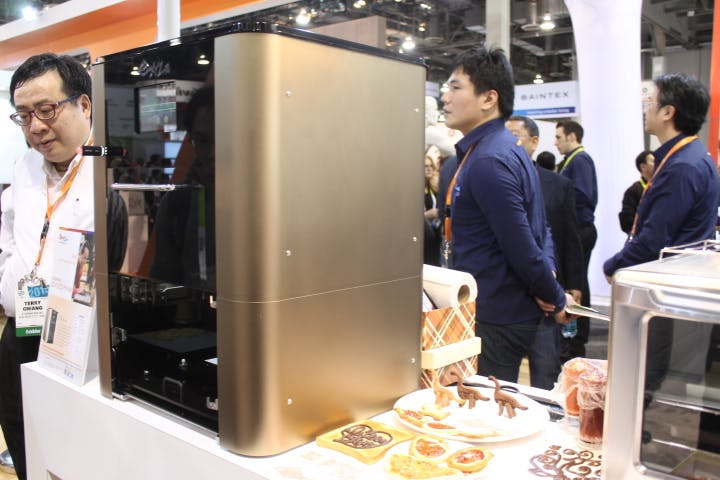 The company’s 3D printers are launching this year, meaning it’s likely at this time next year, Vegas will be filled with even more affordable, budget-friendly 3D printers.

Maybe 3D printing is no longer just for experienced makers.