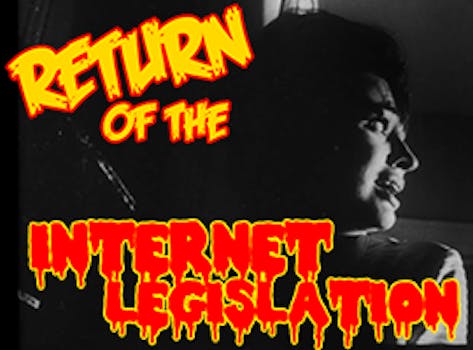 The battle over Internet rights has only just begun. Here's what to look for this year.

The battle over Internet rights has only just begun.

For all intents and purposes, the movement was created in January 2012, when millions of ordinary citizens saw, talked about, and complained to their representatives in Congress that the Stop Online Piracy Act (SOPA) could end the Web as they knew it. The newfound Internet rights campaign success was a “victory for democracy” in the U.S., and five months later, Europe experienced its own version.

As many things as Internet rights activists accomplished in 2012, as much as their movement grew and kept itself in the spotlight, there are three glaring issues—all of which got plenty of ink—that saw little, if any, real progress in 2012. It’s unsurprising, perhaps, that the first two, unlike SOPA, aren’t decided by directly elected officials, and the last one is mired in partisan bickering and legaleze. For that reason, these issues might be tougher fights than SOPA ever was.

The TPP is a trade agreement whose intellectual property standards could dictate the laws of the Internet for member countries. Its cousin, the Anti-Counterfeiting Trade Agreement (ACTA), was defeated this summer, probably permanently, in Europe. That was the result of a massive number of protesters calling their representatives in the European Union and convincing their representatives to vote it down.

But in 2012, the TPP has only expanded its member base. It now includes Canada and Mexico—but still not Europe—while becoming more secretive than ever.

The TPP concerns Internet rights activists because a leaked draft showed it wants strict intellectual property standards to protect online copyright, which could translate into corporations having a big say blocking parts of the Internet they don’t like. Since it’s a trade agreement, it doesn’t accept public opinion: It’s negotiated entirely behind closed doors, by trade representatives from its member countries. The only input it accepts is from specially authorized groups, which can mean both corporate lobbyists and digital rights groups.

A the most recent meeting, the 15th of its kind, in Auckland, New Zealand in December, U.S. activists from the Electronic Frontier Foundation (EFF) learned, after they arrived that they had part of one day to make a presentation on negotiators’ day off. Otherwise, they were barred from even being in the same proximity as the negotiators.

“At an intersessional TPP meeting in Beverly Hill earlier this year, they had the hotel cancel all the room reservations of all public stakeholders,” the EFF’s Maira Sutton told the Daily Dot from New Zealand at the time. “But this is the first time they’ve been banned from the venue entirely.”

But that might not even be the lowlight of the year, as far as the TPP is concerned. The U.S.’s interests are represented by Trade Representative Ron Kirk, who, somehow, was awarded a “cyber-champion” award.

Date to watch for: March 4-13. Singapore is scheduled to host the 16th round of negotiations. There’s no reason to think that one will be any more transparent, or to think negotiators will suddenly be even receptive to activists’ concerns, before the 17th, and expectedly final round in October.

The United States certainly seemed to be doing something right. In December, the ITU, which can grant itself the power to govern the Internet, held a 10-day meeting that considered whether it should adopt standards that would give itself a greater ability to govern the Internet. Of particular concern were the countries that pushed hardest for such a move—countries with terrible Internet freedom track records, most notably Russia and China.

In a rare instance when groups as disparate as Democrats, Republicans, all of Congress, the European Union, Google, and Anonymous all agreed, the U.S. staunchly opposed such a move, and it, along with a coalition of mostly Western countries, refused to sign the ITU’s final treaty.

That’s it, right? End of threat?

Not by a long shot, according to a source with intimate knowledge of the ITU talks. This could be the start of a decades-long battle for control of the Web. A number of nations did sign the treaty, and December might have just signaled the start of an enormous tug of war.

“Over time, either non-signing countries are going to convince other countries it was a bad idea to sign, or the countries that want to move this will pick off stragglers one at a time,” the source, who requested anonymity, told the Daily Dot.

“If I were Russia, and I were playing the long-term game on this, I’m picking off countries one by one, until you leave a few of the largest countries standing alone, looking like the spoiled industrial rest of the world that doesn’t want to play. And you have continuing economic pressure beauce you’re having real difficulty playing two sets of rules.”

Date to watch for: May 13-17. The ITU might make some progress on negotiations at the World Summit on the Information Society meeting in Geneva, If not, Its next major meeting, where it will certainly discuss Internet governance, is in Busan, Korea, in 2014.

Setting aside the question of how bad cyberattacks on U.S. networks have gotten; it’s safe to say that nearly everyone in Congress, as well as President Obama, agree it’s enough to warrant new laws. They just can’t agree on how to address it, though. Each party has produced a flagship law on the subject, and each has been so heavily opposed, the issue was gridlocked for the majority of 2012.

Republicans tend to favor the Cyber Information Security Protection Act (CISPA), an information-sharing” bill that uses language from the Patriot Act to make government more efficient. CISPA passed the Republican-controlled House of Representatives in April and has been relentlessly championed by its author, Mike Rogers (R-Mich.).

The problem? CISPA’s ability to let government in on the information-sharing is a “privacy nightmare” for regular citizens, according to activists. Besides, it’s likely a moot point: Even if the bill were ever to reach, and pass, the Democrat-held Senate, President Obama has threatened to veto it.

Democrats, on the other hand, prefer a bill to encourage—force, depending on who you talk to—individual networks to adopt stricter cybersecurity on their own. This has prompted fears that this would lead to an unnecessary and inefficient system, ironically symbolized by the fact that their preferred bill, Cybersecurity Act (CSA), has been rewritten and compromised countless times. But it too is a moot point: They can’t get it to pass the Senate. It failed twice in 2012 alone, heartily encumbered by lobbyists at the Chamber of Commerce, who allege it would be an unnecessary strain on businesses.

In response, the White House is drafting an executive order, and as made clear through leaked documents, it’s clearly based on a weaker version of the CSA. It’s unclear when, if ever, President Obama will actually sign the order; it was supposedly “close to completion” in September. Still, it reportedly could come as soon as January, a fact that’s prompted Republican ire.

Date to watch for: January. Or later. Or never.