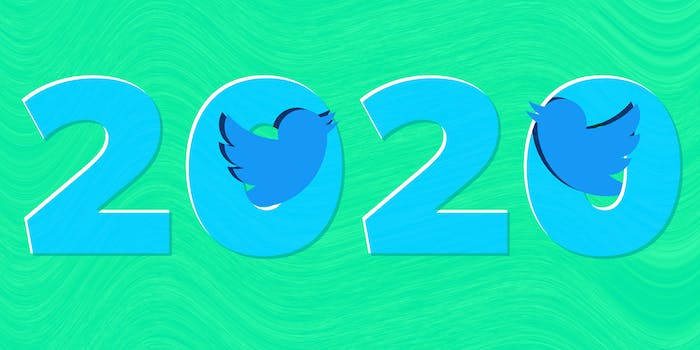 Learn more about the agencies behind the candidates.

Prior to President Donald Trump’s rise to office, no one had heard of the data firm Cambridge Analytica. But the president used the firm’s wealth of data—some illegally obtained—to ride hyper-targeted Facebook ads to the White House.

After the 2016 elections, social media platforms were pressured to begin offering more transparency on their platforms, once Americans began to realize the outsized influence the companies had over politics and information.

And on Twitter’s new tool, unlike Facebook, users can see some of the firms that are paying for the ads 2020 Democratic candidates are buying.

Candidates aren’t usually completely secret about what communications shops they’ve hired to work on their campaigns, but they’re also not usually this open about that information either.

Twitter’s ad transparency archive offers a behind-the-scenes look at the campaign shops by often showing you exactly who paid for the advertisements.

These are messages candidates paid to promote and get out into the world, which is some but not all the tweets they send on the platforms.

For example, you can see from Twitter that Joe Biden spent over $208,000 on Twitter ads. However, you are also able to see that those ads were paid for by Infogroup Incorporated, a marketing company headquartered in Papillion, Nebraska.

Infogroup is a massive company, on their website, they list corporate clients like Ebay, Hershey’s and Allstate. Largely, it’s a data-gathering organization, so they keep huge data lists with information on people. One of the bits of information they obtain is voter registration.

But the company will also buy ads for a candidate and put out a message on the candidate’s behalf. Basically, they’re a full-service shop if you’re looking to run a campaign.

And, that’s the case with a lot of the candidates.

Sen. Bernie Sanders’ (I-Vt.) campaign’s Twitter ads are paid for by Tim Tagaris, who, according to LinkedIn, is the CEO of Aisle 518 Strategies.

Aisle 518 is a progressive digital marketing firm—they’re pretty common in Washington. And they’re one of the more widely-used ones.

Their clients include Stacy Abrams, Gabby Giffords, Sanders, and Sen. Chris Murphy (D-Conn.). They also work with Mark Kelly, the former astronaut who is married to Giffords and is running for Senate in Arizona.

Some of these stats are a little bit dated. For example, Sen. Kamala Harris’ (D-Calif.) Twitter ads were paid for by Authentic Campaigns, but that’s listed under Kamala for Senate, rather than for her presidential campaign.

Authentic Campaigns is a lot like Aisle 518, except they work with brands a bit more, they list clients that include the ACLU and MoveOn.org and they’re also based out of Washington, D.C.

Sometimes, however, it’s even more specific.

That is the case with Rep. Eric Swalwell (D-Calif.), who recently declared his candidacy for president.

The credit card funding on Swalwell’s account is listed to Rebecca Olsen, who appears to be an election attorney in Sacramento, California and a partner at the law firm Miller & Olsen LLP.

And, sometimes, we can back up the Twitter stats on the back-end by browsing the FEC filings.

For example, Sen. Amy Klobuchar’s (D-Minn.) Twitter spending is listed to Rising Tide Interactive. That’s also shown in the spending in her most recent FEC filing.

Rising Tide is a broader firm but they do essentially the same thing as most of these firms.

But they also help with list building. Probably their largest success is their work with the Democratic Congressional Campaign Committee in 2018 when Dems flipped the House of Representatives. The credit card funding on the DCCC’s Twitter stats also tracks to Stephanie Grasmick and Kelsey McLaughlin, two employees at Rising Tide Interactive.

Cory Booker’s is similar, it traces to Ryanne Brown, who (according to LinkedIn) is Vice President of Digital Advertising at a company called Do Big Things.

Do Big Things is a little bit more vague about who their clients are, according to a blog on their website, but they worked with Everytown for Gun Safety. They don’t just stick to social media campaigns either, they’ll also help candidates with online branding and website development.

Cory Booker’s advertising is also backed up with his FEC filings, showing that his presidential campaign made two payments to Do Big Things—$14,000 on February 15 and $500,000 on February 1.

The same is true for Sen. Kirsten Gillibrand (D-N.Y.).

The platform also allows you to see the payment information for specific tweets. But usually, that’s just listed as the title of the campaign. So here’s a tweet that Joe Biden sent out. The campaign disclaimer is listed as simply “Biden for President.”

Though most of the tech companies have made steps to be more transparent, Twitter is one of the more helpful if you’re a campaign junkie and want to see which shops certain campaigns are using, sometimes before their FEC filings come out.

For example, Eric Swalwell hasn’t filed his expenditures with the Federal Elections Commission yet because he only recently declared. All that’s on file for him is his statement of organization.

But, when he does publish a quarterly filing, we can probably expect to see a payment made to Miller & Olsen LLP.

As the race heats up, the candidates will continue to spend heavily across digital platforms, including Twitter. Thankfully, we’re now able to better see how that spending is taking place.