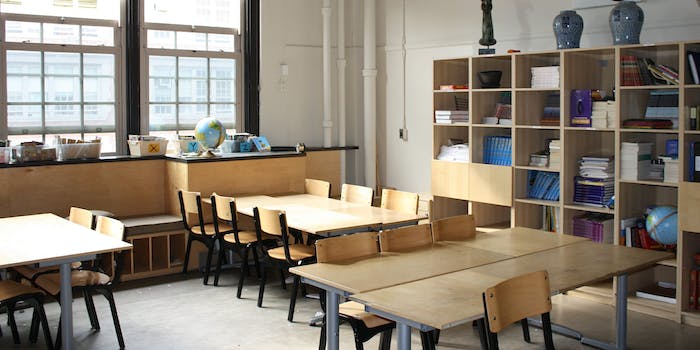 More than a million American students had their information exposed this month in a data breach at a California-based company that offers data services to kindergarten through 12-grade schools.

A student data warehouse platform, Schoolzilla first acknowledged the breach on April 12 in a message on its website, informing customers: “A well-known computer security researcher was doing a targeted analysis of Schoolzilla when he uncovered a file configuration error.”

The researcher, Chris Vickery of the Kromtech Security Research Team, told the Daily Dot this week that he discovered the Schoolzilla breach in early April while scanning the web for an “all too common” misconfiguration in Amazon cloud storage devices (Amazon S3 buckets).

The storage device discovered by Vickery included a database that contains the personal information of approximately 1.3 million students in the United States, including some Social Security numbers. The researcher was unable to provide the Dot with evidence of the breach because he delete the database from his own computer shortly after realizing the leaked data pertained to minors.

“The sheer volume of private student data, including [test] scores and social security numbers for children, convinced me that it should be purged from my storage in an expedited fashion,” Vickery said.

The Daily Dot was unable to immediately confirm which U.S. schools may have been affected. However, Vickery confirmed (and praised) the swift action of Schoolzilla, which he said corrected the issue and secured the students’ information within 24 hours. “As soon as we learned of it, we immediately fixed the error and confirmed no one accessed any information, other than the researcher,” the company said.

Unfortunately, that’s an atypical response. It is a common issue that many companies respond with suspicion when reached by outside security researchers reporting vulnerabilities that expose their customers’ data. In contrast, Schoolzilla responded to his notification appropriately, Vickery said, and took immediate action to secure its data.

“This was the first situation of its kind for them and they reacted professionally,” Vickery said. “It must have been grueling for the CEO to phone each client and relay the unpleasant news, but they did it within only a few days of my report.”