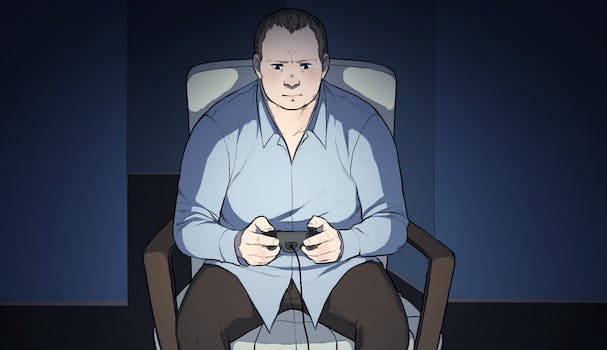 Some of the video game industry's biggest players want games to grow up and begin reflecting the psychological and emotional complexity of other types of media.

Maximilian Dichtl reads the news just like anyone else. He’s seen what politicians, psychologist, and concerned parents have to say about video games and their impact on children—that games cause violence, bad grades and depression.

That last one really piques Dichtl’s interest, since he’s dealt with depression for most of his life. But at 20, Dichtl is still an avid gamer. He doesn’t blame gaming for kick-starting his depression. No, that would be when his mom and stepdad decided to start hitting him.

“It’s ironic that people look at this link between kids and video games and decide the games are what’s causing them to act a certain way,” Dichtl told the Daily Dot. “For me, video games were a way to escape the things that were causing my depression.”

Dichtl is one of many young gamers trying to upend the conventional wisdom about gaming and depression. He recently started a blog to chronicle his story, while developers and other gamers around the world are trying to prove that video games can be a healthy vehicle for dealing with despair.

They are running up against an entrenched narrative. Just two years ago, the New York Times made hay out of two separate studies that tracked the social characteristics of young gamers.

One, published in the journal Pediatrics, tracked more than 3,000 school children in Singapore over several years. The study found that heavy gamers, who played more than 31 hours a week, were more likely to suffer from depression, anxiety, or social phobias. That same article cites a Chinese study, published in Archives of Pediatric & Adolescent Medicine, which found that teenagers who spent excessive amounts of time on the internet in general were more likely to suffer from depression.

Gaming: No longer a lonely pursuit

Folks like Dichtl (pictured right) don’t necessarily disagree with those sociological findings, but they do take issue with the assertions others make based on this evidence. He said too many critics paint with a broad brush when talking about the actual relationship between games and players. 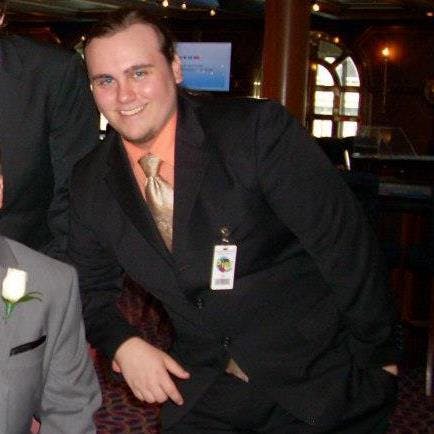 “Whether you play Angry Birds on the train into work, slice a few fruits on your tablet while you are in the waiting room at the dentist, or spend eight hours a day perfecting whatever game it is you enjoy, we are all gamers,” Dichtl said. “It isn’t fair to fit every single one of us into this huge mold and then berate us, but media outlets do it anyways for their own motives.”

On the surface, Dichtl may look like the kind of young adult profiled in earlier studies, but he said his relationship with video games is more nuanced.

As an only child who moved around a lot following his parent’s divorce, it was hard to make friends and form the kind of social support network most teens need to navigate adolescence. In video games, however, he was able to connect with others, including his best friend. They met playing Call of Duty seven years ago and have forged a “brotherly bond.” Though they live across the country, a combination of MMORPG and video chat have allowed the two to stay close. These virtual friends were there for Dichtl as he dealt with a difficult home life and thoughts of suicide.

Dichtl has even found a career goal thanks to gaming. Though he currently works in distribution, a recent trip to a gaming conference has inspired him to try and become a community coordinator—a liaison between online gaming communities and developers.

“Gaming has been a positive force in my life when a lot of people weren’t,” he said. “Some of the best friendships I have wouldn’t exist without video games.”

It’s not just players who are challenging the conventional wisdom related to video games and depression. The rise of indie game developers means the medium is changing and learning to address more emotionally mature issues.

“I think adulthood is extremely underrepresented in video games,” said Will O’Neill, a game developer from Toronto. “Adult in video games means violence and pornography a lot of the time, but rarely does it delve into what it means to be an adult.”

That’s something that O’Neill is trying to change with his first video game outing, Actual Sunlight. The free PC game is O’Neill’s autobiographical take on depression. Released last month, the game is already being praised for how it handles such psychologically complex issues.

Like Dichtl, O’Neill is a longtime gamer who’s suffered from depression. He dabbles in several different kinds of creative expression—writing and standup comedy—but in the medium of video games, he’s found a unique vehicle for exploring depression. As where most video game protagonists grow in ability and gain more freedom as stories progress, in Actual Sunlight, the character has fewer options as the game goes on, simulating depression’s ability to make us feel trapped.

“That’s a feeling that can uniquely be recreated in video games,” he told the Daily Dot.

O’Neill expects a lot of lifelong gamers to resonate with Actual Sunlight’s themes. In his younger years, O’Neill allowed gaming to consume a significant amount of his time—time he said could have been better spent on other pursuits.

That’s why he wants to challenge the video game industry to mature, offering games and stories that will allow gamers to seek personal growth and insight. 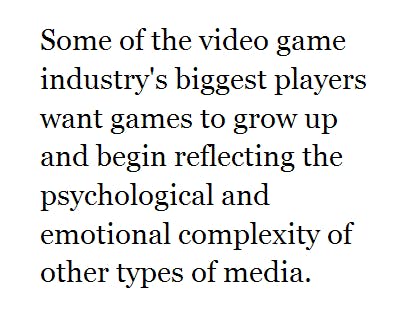 It’s not just O’Neill. Some of the video game industry’s biggest players want games to grow up and begin reflecting the psychological and emotional complexity of other types of media.

“I know so many game developers, and so many of them are wonderful, smart, creative, considerate and adult, and somehow those personalities are not always reflected in the games that we make,” said freelance game writer Susan O’Connor at the Game Developers Conference in San Francisco last month.

In addition to gaining legitimacy as an artform, such a shift in the game development could allow users to reap greater emotional and psychological well being. Because at the end of the day, O’Neill, Dichtl, and others say the link between gaming and depression is all about the player’s individual relationship with the games they play.

“Depression lead me to my love of video games,” Dichtl said. “Video games did not make me depressed, or increase the severity of it.

“I actually believe that gaming has combated the depression to a level that is not detrimental to my well-being.”

Correction: The original version of this story misspelled the last name of game developer Will O’Neill. We regret the error.

Photo courtesy of Will O’Neill