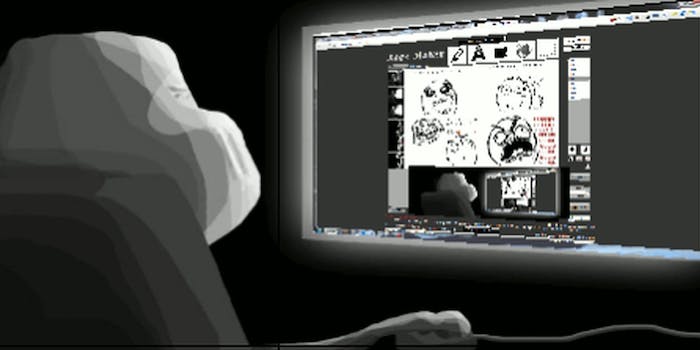 One teacher's unconventional approach to English as a second language turns time-wasting rage comics into a valuable tool for learning.

For most college students, playing around with rage comics during class is pretty much the equivalent to flushing a few thousand dollars down the toilet.

But if you’re lucky enough to attend professor Scott Stillar’s classes at the University of Tsukuba in Japan, Web comics are integral to the curriculum.

Stillar, 32, uses the comics anyone-can-make to teach English as a foreign language.

“Rage comics are special because at their core they consist of well known faces or expressions,” Stillar wrote in an email to the Daily Dot, “which are meant to show universal emotions of varying degrees under a wide variety of circumstances.”

Rage comics have, in fact, become a kind of language in their own right. Invented on image board 4chan in 2008, the simple, easily replicable comics boast a suite of faces that represent comic emotions. They quickly spread to Reddit where they spawned r/fffffffuuuuuuuuuuuu — a subreddit, or section of the site, that boasts nearly a quarter million subscribers and hundreds of new comics daily.

Stillar said he’s been an “active lurker” on Reddit for about four years and recently decided to “harness its awesome community to enhance my classes.”

So two weeks ago Stillar, who hails from Reno, Nevada, created his own subreddit — r/EFLcomics.

“It allows the students to express themselves creatively in a meaningful and enjoyable way in their second language,” Stillar wrote. “The feedback in the form of ‘up votes’ or comments they receive from the online community where they are posted also adds an interactive element to the assignment.”

The section attracted a whole lot of attention earlier today when it was featured in r/fffffffuuuuuuuuuuuu and Reddit’s r/bestof section, where redditors highlight the best content from around the site.

Since then, good-intentioned redditors have been showering the comics with upvotes and lauding them with praise. The subreddit’s membership jumped from 300 to nearly 2,000 in just a few hours.

Stillar said this is hardly the first time he’s come up with unconventional ways to teach a language. Next month, he’s presenting a paper to Japan’s biggest conference for language teachers. The title of his speech? “Ugly English: Teaching profanity to Japanese EFL students.”

“I suppose being a relatively young professor my approach and methods are a bit uncouth,” Stillar wrote. “But I think its important to always try new approaches regardless of how congruent it is with the present zeitgeist.” 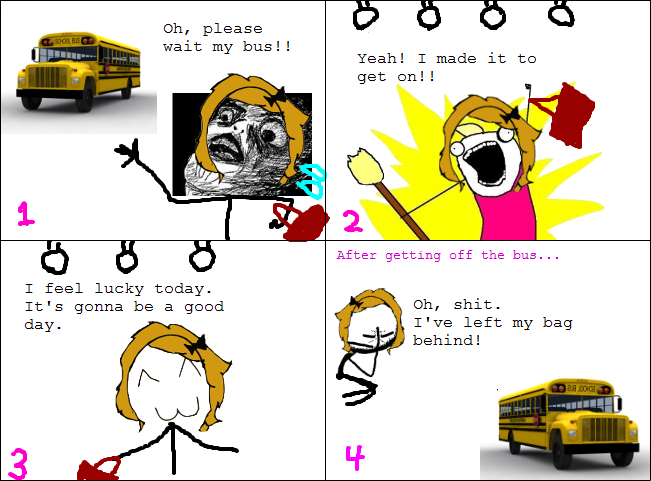