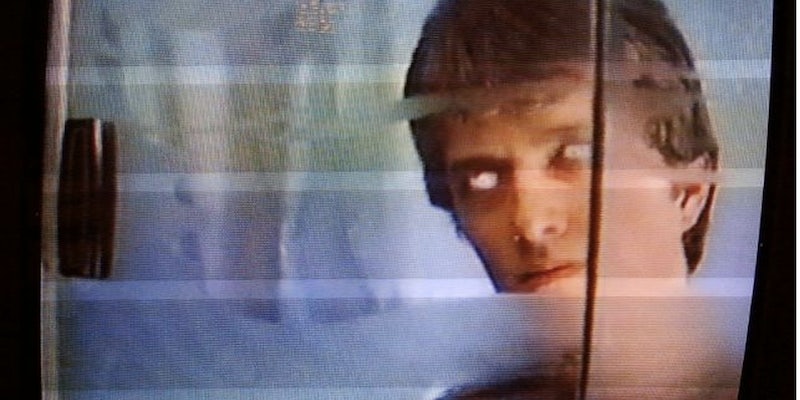 Why “Cry Baby Lane” should have stayed lost

Redditors revive a long-lost horror film and then discover it was lost for a good reason.

In a flurry of activity late last week and over the weekend, users of social news site Reddit revived the long-lost Nickelodoen horror movie, Cry Baby Lane, uploaded it, and found it not altogether very good.

The activity began on Wednesday, when redditor simpman made a post with the title: “[Today I learned] Nickelodeon released a TV Movie in 2000 that was so scary that they only aired it once. It is now considered a lost film,”

Redditor firesaladpeach responded saying she had recorded the movie on VHS when it first aired in 2000.

By Sunday, the redditor had digitized and uploaded the movie, a clear violation of copyright laws, but one that Nickelodeon doesn’t seem too concerned with — at least yet. (We’re putting out a call to them to see if they have a response.)

The movie quickly spread to file-sharing websites and YouTube.

But after days of waiting, many found the film didn’t quite match their expectations

“All-in-all, worth watching the first 15 mins, then not wasting your time. Pretty lame, “ wrote redditor canijoinin.

“Is it too late for this to get lost again?” wrote mrcydonia.

“I suspect Nickelodeon didn’t actually pull it because it was too scary and that they pulled it because it didn’t get many viewers and isn’t a very good movie,” wrote redditor BrentTH.

That may be pretty close to the truth.

In an interview with The Daily, the film’s director, Peter Lauer, said he believed the film disappeared from Nickolodeon’s records because it just wasn’t very good.

“All I know is that they aired it once,” Lauer told The Daily. “I just assumed they didn’t show it again because they didn’t like it! I did it, I thought it failed, and I moved on.”

So the long-lost movie may now be remembered more for inducing snores than screams. But to some redditors, that’s not really important.

“It doesn’t matter — what matters is that something that was previously inaccessible to anyone will suddenly be infinitely accessible to everyone. I think that’s the beauty of the unfettered Internet. Enjoy it!”