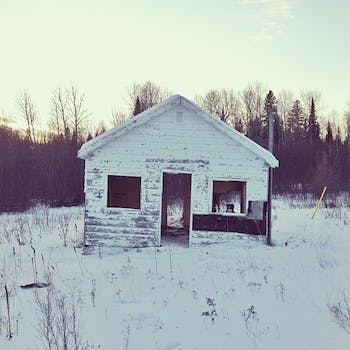 Can you spot the border collie in these Instagram photos?

When photographer Andrew Knapp's border collie Momo runs off and hides, he pulls out his camera.

For a dog owner, nothing is more frustrating than having your pooch run off in the distance to chase a smell.

When photographer Andrew Knapp’s border collie Momo does it, he just pulls out his camera.

The result has been more than 30 Where’s Waldo–like Instagram photos featuring Momo hiding all around Canada and the hashtag #findmomo.

“I’d stand there looking for him in the quiet forest and not be able to find him,” Knapp told the Daily Dot. “I throw the stick and he pounces out from behind a rock or a tree. The funniest part is that I know he can see me but I can’t see him.”

Most of the photos were taken around their hometown of Sudbury, Ontario. One of Knapp’s favorite shots features Momo peeping from behind a red couch Knapp found in a snowy field in late November. 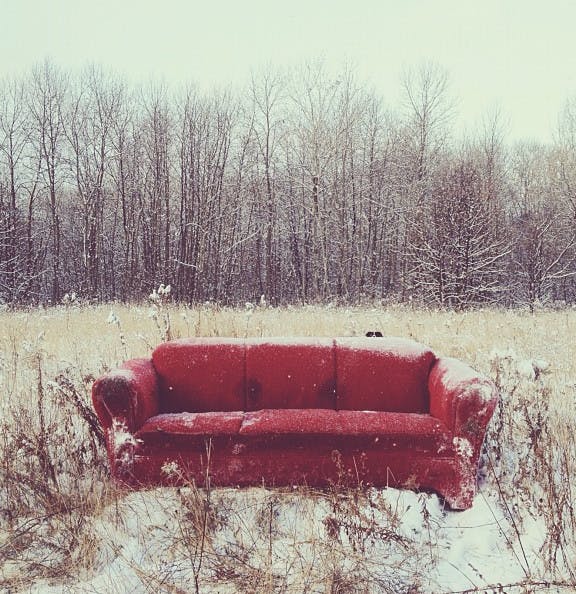 “That’s where I walk him almost every day, and this one day there was a red couch, and not an ugly one at that,” he said. “Otherwise, any photo with good even lighting makes me happy.”

Knapp is a lead designer at Rareview, a user-experience design agency. He’s worked with clients like Oracle, FedEx, mini USA, Sony, and Walgreens.

Knapp adopted Momo four years ago when he was just a pup. And since then, they have been almost inseparable.

“He’s so obedient,” Knapp added. “I love border collies because of how attentive they are. They’ll stare at you forever and listen to you to try and figure out what you want them to do. He also loves liver treats, drinking water, licking people, and he’s probably a fan of Loudon Wainwright III by now.”

Knapp plans on continuing his #findmomo fun and hopes to take their adventures on the road more.

“We never know what we’ll find,” he said.

All photographs by Andrew Knapp