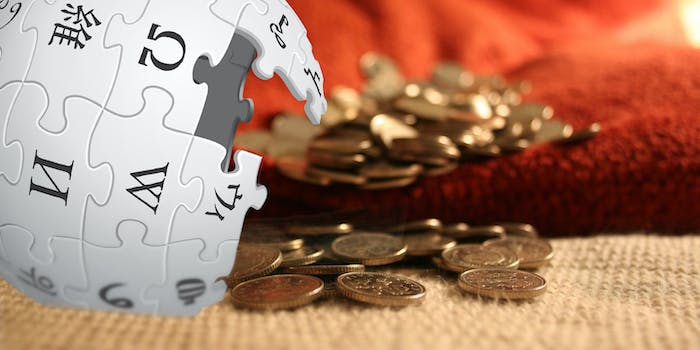 Wikipedia’s annual fundraising drive is raising hackles in the community among those angry with the tone and style of the call for donations.

The online encyclopedia’s call for donations is an annual staple: A month before Christmas, banners popping up calling on users to donate $3—“about the price of buying a programmer a coffee.” But this time around, the wording of the banners—and the sheer size of them, taking up most of the page on articles until close—have drawn the ire of some community members. 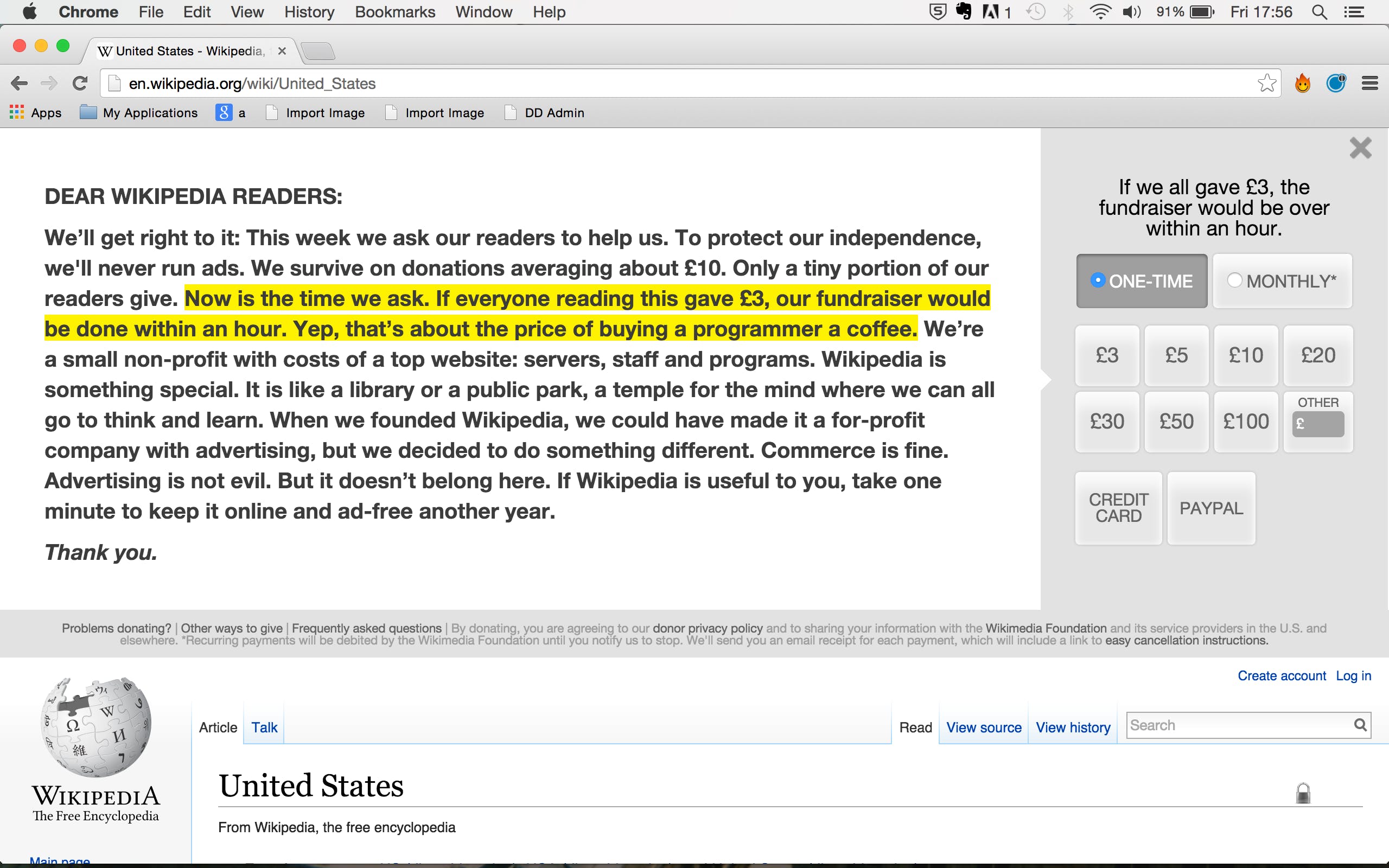 The Wikimedia Foundation (WMF)—the non-profit behind Wikipedia—is not in financial dire straits. The encyclopedia is in rude health, with $27.9 million in cash and another $23.3 in investments, according to the most recent financial statements, up almost $13 million in assets compared to a year prior.

With this in mind, debate is ongoing on the mailing list over the appropriateness of the banners. Wikimedia software developer Ori Livneh writes that “the urgency and alarm of the copy is not commensurate with my (admittedly limited) understanding of our financial situation,” and that “Quantitative assessments of fundraising strategy ought to consider impact on all assets, tangible or not. This includes the Foundation’s goodwill and reputation, which are (by common wisdom) easy to squander and hard to repair.”

Taking a harder line is The Register’s Andrew Orlowski, who argues that “given the disparity between operational costs and its cash pile, WMF could afford to give the annual appeal a sabbatical. And it could usefully start to think about a model that rewards the people who actually produce Wikipedia”—a reference to the army of unpaid volunteers who write the articles.

Others have disputed Orlowski’s take on the fundraiser. On his user page, founder Jimmy Wales says he is “extremely proud of [Wikipedia’s] financial record and consider our levels of reserves to be prudent and sensible.”

Some of the most strident criticism of the organization’s financial arrangements comes from Newslines’ Mark Devlin. “The WMF spent almost $684,000 on furniture [last year], he writes. “That’s almost $3,200 per employee. Your donations are going on golden chairs.”

Executive Director Lila Tretikov has weighed in, writing that “this type of fundraising is—by its very nature—obtrusive,” but they “are not perfect [and] we are constantly working at improving.”

“This year we made only minimal changes to the text on the banner,” she adds. “Next year we are going to play with different messaging, and the team will welcome your suggestions.”

Tretikov has now asked users with concerns to “come up with some test wording” for next year’s fundraiser to be piloted later. The fundraiser is nearly over however, meaning whether consensus is reached or not, debate is soon likely to subside—until next year, of course.

Update 5:50pm CT, Dec. 5: The original version of this post contained inaccurate financial data. Wikipedia has $27.9 million in cash, and the WMF spent almost $684,000 on furniture.