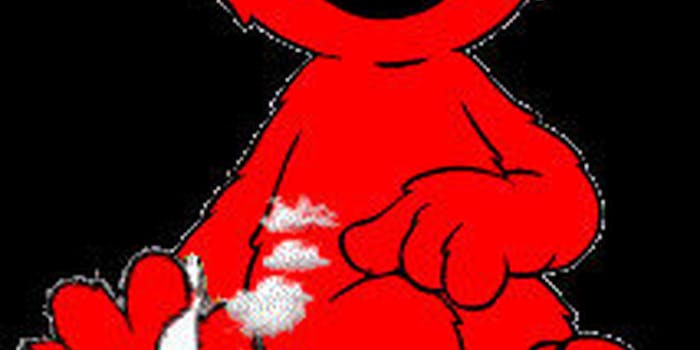 What’s Qwikster? On Twitter, not what Netflix aims to deliver

Take note: next time you launch a company, you just might want to check to see who owns the name on Twitter.

A sideshow to Netflix’s introduction of Qwikster — a spinoff that some are already calling “the worst product launch since New Coke” — is that the DVD-mailing service doesn’t control the Twitter handle associated with the new offering’s name.

That distinction belongs to Jason Castillo, who hasn’t updated his @Qwikster Twitter feed since Aug. 23. The handle has a cartoon portrait of the Sesame Street character Elmo smoking what is presumably a massive joint, given the heavy pot references in the handful of posts Castillo has posted since opening the account on April 29 (not to mention the universal sign of cartoon intoxication, the stars in Elmo’s eyes).

It’s not clear who Castillo is, or if he was even aware that Netflix had renamed its popular DVD distribution service. Castillo did not respond to interview requests and has not updated the page, even as the number of people following @Qwikster rose from a handful following Netflix’s announcement late Sunday to nearly 3,000 by late Monday afternoon.

Others following the debacle speculated about Castillo’s likely payday if Netflix tries to buy the handle from him. “I hope @Qwikster agrees to sell the handle to @netflix but makes them keep the profile picture,” Josh Morrissey tweeted.

Netflix is renaming its pioneering DVD-by-mail service Qwikster, while its more recently-introduced streaming video service will be called Netflix. In a message to subscribers, founder Reed Hastings said the move was in response from customers who felt the company had created confusion when it split the two services.

But less than 24 hours after the announcement, customers were even more confused, and the Twitter handle mixup was only one of the criticisms being lobbed at Netfllix. The typical tweet and Facebook status reflected a post by Ben Parr, who said: “Qwikster is a terrible name and solves a problem that doesn’t need solving.”