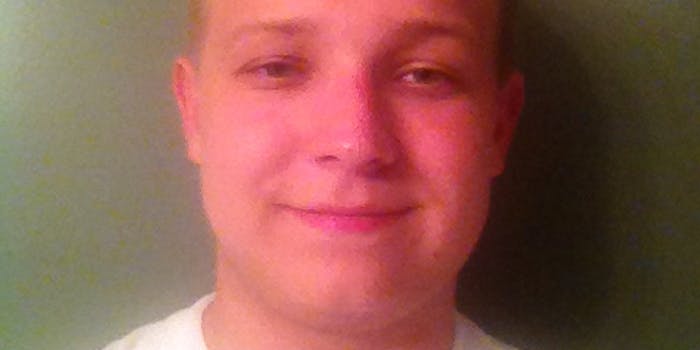 How a high school student makes $500 a day on Twitter

Celebrities like Khloe Kardashian aren’t the only ones who can cash in on sponsored tweets.

While millions of high school students around the country are trudging through minimum-wage jobs this summer, Jon King’s sipping soda and playing video games. And he’s doing so to the tune of about $500 a day.

A Twitter parody account kingpin, King leveraged his combined total of more than one million followers to help land the best summer job ever.

“I’m always on Twitter, it seems like; so I figured, why not try to make a little money off of it?” King, 18, told the Daily Dot. “You have you good weeks. And you have your bad weeks, but it’s a pretty well paying job.”

King is part of a growing number of savvy Twitter users who have partnered with businesses to tweet hyperlinks to their followers. The high school senior maintains six different Twitter parody accounts, including @_ShitMenSay_, @willlllywonka, and his personal favorite, @AntiJokeJamal. A sample tweet by the latter: “What is purple and looks like a ball? A purple ball.”

All of those accounts, which average roughly 150,000 followers each, send out sponsored messages for ChaCha through its Affiliate Program, which requires no contract. The sponsored tweets are usually easy to spot. Here’s one from another one of King’s accounts, @ThatDrunkBaby: “Last night I had to settle for this type of sex: sp http://bit.ly/LPKoa4 .”

As with most advertising, the more people click on a sponsored link in a tweet, the more revenue it generates for King. And the money has been good.

“There’s a lot of people checking Twitter before they go to bed and you have the West Coast people getting home from dinner and stuff,” said King, whose personal Twitter account, @JonKing, boasts only 10,000 followers and acts pretty much as a greatest hits of his other accounts’ content.

King started his parody account empire about a year ago, after seeing messages from profiles like @wolfpackalan encouraging people to jump on the sponsored-tweet bandwagon.

His first breakout parody hit was inspired by the popular Condescending/Creepy Wonka meme, which plays off an image macro of actor Gene Wilder from the 1971 musical Willy Wonka & the Chocolate Factory. Having seen the meme circulate around the Web for ages, King decided to create reportedly the first Condescending Wonka (@WilllllyWonka) Twitter account four months ago. Since then, more than 100 similar Twitter accounts have sprouted up in his shadow. And like King’s account, many of them feature sponsored tweets.

While building his Twitter empire, King routinely swaps the names of his different Twitter accounts to help boost his followers. (That’s why the ratio of followers to tweets is so exaggerated. @ThatDrunkBaby, for example, has 126,644 followers on just 37 tweets.) Just recently King took his second Wonka Twitter account, called Sarcastic Willy, and changed it it to @_shitmensay_. The change confused a handful of Twitter users and ended up costing the account about 25,000 followers.

How does he do it?

King said he spends about two hours each night saving 10 tweets per account to send out the next day. He comes up with about three original tweets per account on his own, scours the Web for others to recycle, encourages followers to submit their own messages, and reuses his own old tweets.

“Many posts have been done before; therefore if I see a tweet I like I will put it into my own words. Most of my posts are original though. I get some pretty good ones from my fans submitting them.”

On one occasion he has even paid $50 to get a retweet from @autocorrects, a popular comedy account with more than two million followers.

“I advise people not to do that because most of the time it doesn’t work out,” King said.

What King does on Twitter falls under the company’s External Sponsorship policy, which states that sponsored tweets are legal on the site as long as they are not automated. Since King manually sends out his sponsored tweets like any normal user, he’s in the clear. The practice has become popular among celebrities like Khloe Kardashian, who nets $9,100 per sponsored tweet.

King plans on giving @_shitmensay_ a six-month trial run to see how it grows. In the meantime, he’s just enjoying life and looking forward to his senior year.

Yet, despite his Twitter success, there’s one thing King regrets.

“I hate myself for not having Twitter when it first started,” King said. “If I had Twitter in the beginning, I could be collecting about a million dollars a year.”