Inside the world’s first-ever Dogecoin party

“Such soft,” the 20-something in front of me said to his friend as he petted a real-life Shiba Inu. He didn’t say it enthusiastically, really, but kind of in a monotone, like an afterthought. As if anybody actually talked that way normally.

This was, however, the one place they do. I was at the first-ever Dogecoin party, held Friday evening at the Bitcoin Center in downtown New York City, right by Wall Street. It very well may have been the first-ever party based on the Doge meme, an Internet joke we thought was dying as 2013 wound down, then reinvigorated as the loveable alternative to Bitcoin.

Either way, I’ve never seen so many real-life Shiba Inu dogs. Or heard so much use of the word “wow” dropped into casual conversation. Or witnessed so many people dressed in Doge-themed clothes. 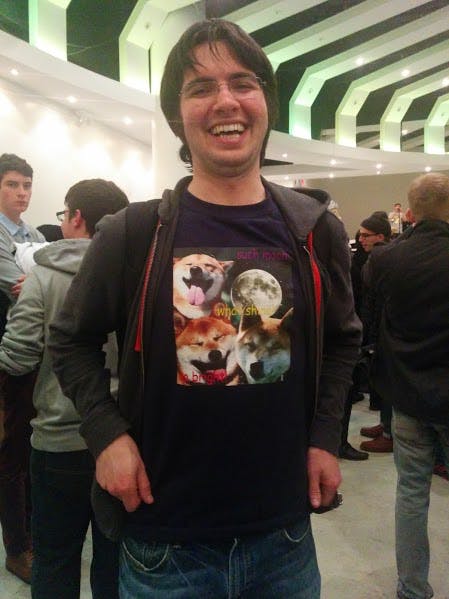 I don’t get invited to a lot of Bitcoin parties, but surely those aren’t so unpretentious, so intentionally silly. As a peer-to-peer virtual currency, Dogecoin doesn’t function much differently than Bitcoin, but it’s still cheap, and its practical uses are limited. So it’s mostly just given away: to charities, as tips to people online, or to send various bobsledders to fulfill their Olympic dreams.

Naturally, that mix of generosity and goofiness is what I found at the party. Organizer Ben Doernberg made it rain with free Dogecoin wallets, while music (I think it was Future’s “Gone to the Moon“) played. There was a costume party so competitive that the astronauts featured above didn’t even win.

And, of course, NYC Shiba Rescue, a local nonprofit, brought a few Shibas to parade around and had a QR code for people to donate their dogecoins. 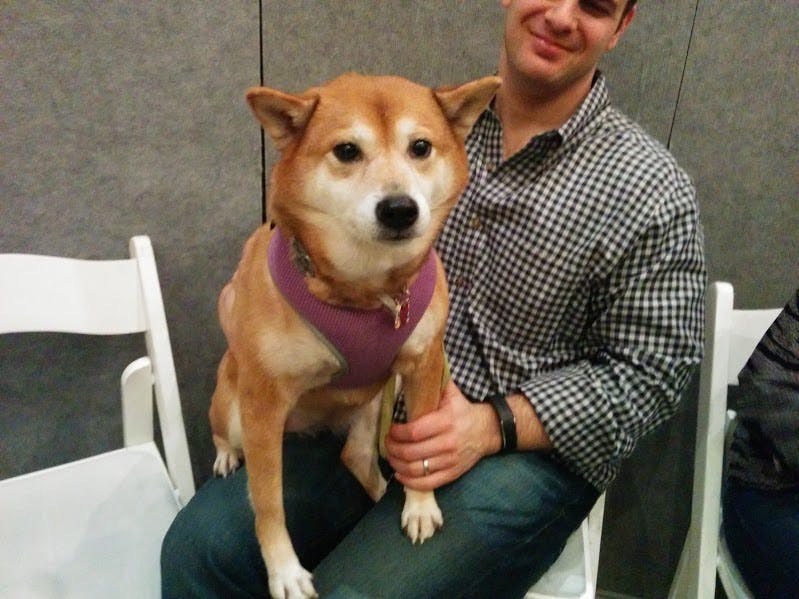 David Depasquale, who often sketches for Dogecoin tips as wolfinsheeps on Reddit‘s r/dogecoin, set up a stand to sell handmade sketches for 1,000 dogecoins. That’s not worth a lot: about $1.10. But that’s not really the point of Doge. I asked him what he does with his dogecoins. He shrugged. “Mostly I just tip it back to other people,” he said. 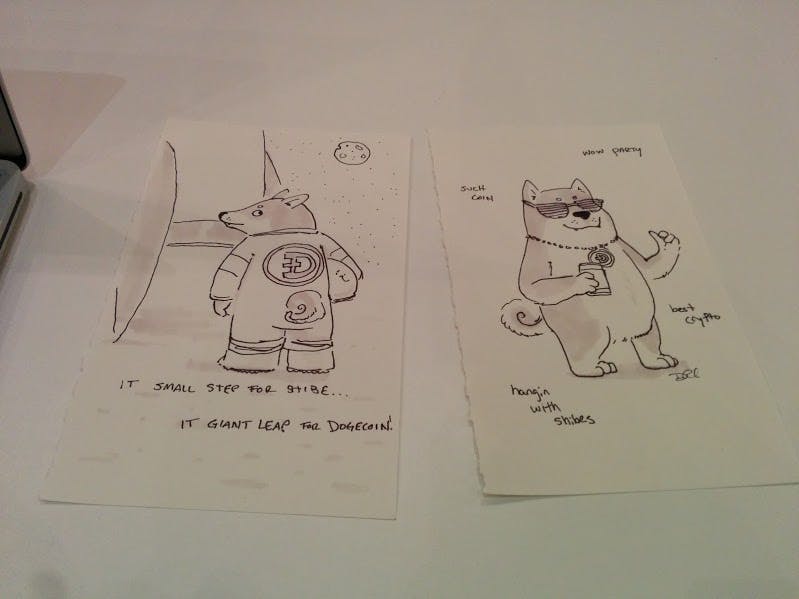 A lanky teenager, dressed as Jake from Adventure Time, seemingly giddy with excitement, saw me fiddling with my first payment. “Isn’t this great?” he asked. “I already got a shirt and a drawing, just for Doge.”

It was. I already had the dough loaded on my phone through the official Dogecoin app, so I just scanned his QR code, typed in 2,000, and ate.

The cupcake wasn’t anything to write home about, but that wasn’t the point. The point, I think, was that I had just made a very small transaction, and that I did so easily and without U.S. currency—from an older guy who, for some reason, was wearing a squid costume. While an animal rescue group a few feet away raked in donations from a silly, but still functional, kind of money.