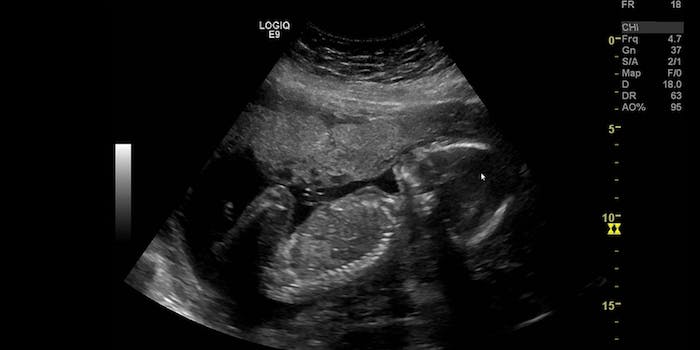 No, Kevin D. Williamson, sex is not a biological reality

But transgender people are real—socially, biologically, psychologically, and physically real.

In the wake of Laverne Cox’s historic appearance on the cover of Time magazine, National Review correspondent Kevin D. Williamson published an inflammatory op-ed this weekend claiming that “Laverne Cox is not a woman.”

While one might expect such a reactionary piece to appear on a conservative publication like National Review, the editors at the Chicago Sun-Times reprinted Williamson’s hate speech yesterday, earning the ire of GLAAD. The piece was later retracted, with an apology from the publication.

At the heart of Williamson’s specious argument is an all too predictable appeal to “biological reality.” “Sex is a biological reality,” he writes, “and it is not subordinate to subjective impressions.” Williamson further argues that transgender people suffer from “a delusion…that transcends the biological facts in question.”

Williamson, I can safely presume, has not taken a course in biology since high school. His op-ed is an adolescent screed buttressed only by anecdotal evidence and a hail mary appeal to “facts” and “biology” without ever presenting any sort of evidence.

His simplistic claim that “sex is a biological reality” has long been debunked by scientists and social theorists alike. Sex is not a self-evident, straightforward, and immutable category as Williamson seems to believe.

Williamson, however, merely exaggerates our tendency to think of sex as biological and gender as social. In the wrong hands, this line of thinking enables people to diagnose transgender people as victims of social delusion that contradicts the biology of their bodies.

This line of thinking is false on two counts. First, biology is not a purely objective discipline that exists apart from cultural pressures; what we think of as “biology” is shaped by culture. And second, biology is a lot more complicated than Williamson could even begin to understand.

The idea that biology is an objective discipline that tells us the truth about ourselves is a relatively recent historical development. Every few decades, we turn to some new aspect of our bodies to tell us everything about ourselves: first, chromosomes, then DNA, now brain chemistry.  University funding follows these trends closely: neuroscience is where all the money is going these days.

Scientific knowledge is mutable, changing, and unstable. It is subject to social whims and corporate interests. As evolutionary biologist and geneticist Richard Lewontin notes:

“We think science… is somehow apart from the forces that rule our everyday lives and that govern the structure of our society. At the same time…the so-called scientific results that come out of scientific investigation are… deeply influenced by predispositions that derive from the society in which we live.”

Social commentators, Lewontin argues, take advantage of the perceived objectivity of science in order to advance bigoted lines of thinking. Seven years ago, for example, eugenecist James Watson was arguing that Africans were less intelligent because of their DNA.

Today, people like Williamson argue that the lives, bodies, and experiences of transgender people are wholly determined by their chromosomes or their genitals or…something, some sense of an “original” and unchangeable sex. Every generation, there’s another miracle molecule, another form of prejudice, and another tragic attempt to marry the two together.

But, like any facet of biology, our understanding of “sex” is shaped by our social world. As biologist Anne Fausto-Sterling notes, sexual dualism (the idea that there are only men and women) is a cultural fiction. In reality, intersex infants are born with many chromosomal and genital configurations; doctors often perform surgery on these infants in order to make them conform to socially conventional standards for sex assignment.

Crucially, we only feel the need to assign children a “sex” in the first place because of gender, because our society is structured around the idea that two divergent kinds of bodies should meet, couple, and reproduce.

Bodies are real, yes. Bodies even have certain characteristics that may or may not relate to reproduction, yes. But “sex” is not a biological reality. “Sex” is our way of making sense of bodily difference in a world committed to the notion that there are two distinct and inalterable genders.

“Sex” isn’t made up of “biological facts,” as Williamson believes, while gender is a social construct. Sex and gender are both socially influenced systems of categorization—the difference is that sex is allowed to posture as objective, biological, and pre-social. Sex is a reflection of our social commitment to a two-gender world.

But even the doctors would disagree with Williamson’s dated notion of a stable, binary system of biological sex. Medical historian, psychiatrist, and UCLA clinician Vernon Rosario, for example, notes that sex is “a polymorphic and multifactorial model” that must take into account dozens of genes, chromosomes and environmental factors. Even in orthodox biology, it seems, sex is no longer as simple as XX or XY.

WIlliamson believes that he can get away with invoking the unquestionable discipline of biology in order to discredit transgender people, particularly Laverne Cox. But if Williamson bothered to check in on contemporary biology, genetics, and psychiatry, he’d find that his own view is one that can be easily discredited.

Hormone replacement therapy is, in fact, “sufficient” to change “biological facts.” An entire medical association full of world-renowned endocrinologists, surgeons, and medical practitioners have established standards of care that completely replace a person’s original hormone levels with hormone levels that correspond to their target gender. If Williamson wants to measure a person’s sex by their bodies, hormones completely transform human bodies in a safe and controlled way.

The American Psychiatric Association is constantly changing their guidelines on the treatment of transgender patients, but they have long recognized that transgender is a legitimate and substantiated identity and not a mass delusion, as Williamson contends.

The APA notes that transgender people have a “gender identity” that “does not conform to that typically associated with the sex to which they were assigned at birth.” Note that even the APA does not wield “biology” as an unquestioned category, placing the emphasis instead on the social decision of sex assignment.

And what Williamson refers to as “surgical mutilation” and “genital amputation” is anything but. Because all fetuses start out on a similar developmental track, human genitals are analogous in the most critical ways. The clitoris is analogous to the head of the penis, for example.

Genital reassignment surgeries work with existing tissue to rearrange the genitals in a way that causes less psychological distress to the patient. Genital surgeries are not “mutilation” any more than knee replacement surgery is “mutilation.”

By arguing that transgender people are not real, that gender identity is a delusion, Williamson is flying in the face of the very disciplines he claims as support. His un-researched article is being widely condemned as the hateful screed that it is; ten years from now, the Sun-Times will be embarrassed to have printed it.

Meanwhile, Williamson’s sophomoric notion of binary and immutable sex is nowhere close to being a “biological reality.” But transgender people are real. Socially, biologically, psychologically, physically real. Bigots like Williamson can either conform to the reality of transgender lives and bodies or they can die clinging to their laughably simplistic understanding of gender. Their choice.