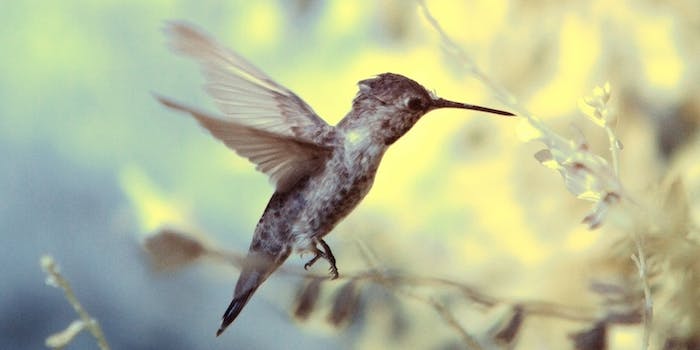 "I'll always put my hand out to shake with a smile."

When Robin Williams passed away in August, the world lost a hilarious comedian and prolific actor, but Zelda Williams lost a father. While the majority of those online were quick to dispatch tweets of sympathy and condolences to Zelda and her family, some trolls were cruel enough to tweet Photoshopped images depicting the fake autopsy of the actor. Those unspeakable acts of cruelty carried out on social media were enough to drive Williams away from both Twitter and Instagram for a while, but on Wednesday she returned.

In her first post since taking a hiatus from the photo-sharing app, the daughter of the late comedian posted an image of her right hand newly inked with a hummingbird tattoo. The delicate bird, which was inked by artist Dr. Woo of the famous Hollywood tattoo parlor Shamrock Social, takes its place next to the date of her father’s birthday, which Zelda has on her wrist.

A photo posted by Zelda Williams (@zeldawilliams) on


In her Instagram post, she dedicated that tattoo to her father, writing, “For poppo. Thank you to the incomparable @dr_woo_ssc for so beautifully bringing my reminders to life. I’ll always put my hand out to shake with a smile.” Zelda went on to explain that she’s still unsure if she’ll continue to be an active user of the app, but she will keep her account intact to avoid those trying to impersonate her or prey on sympathies of others for scams.

“For the record, no one has ever or will ever speak for me but me,” she concluded. “Thank you.”