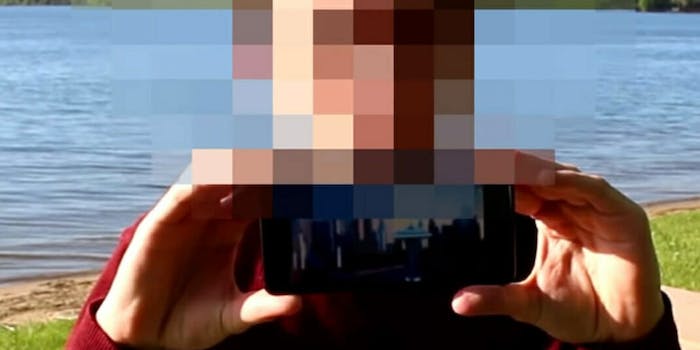 On the same day YouTube announces measures to keep the fake news from spreading, a video of an alleged time traveler is gaining steam on the video platform. Unfortunately, this time-bender doesn’t seem like as much fun as the intoxicated Doc Brown who promised an alien invasion at some point this year.

Meet Noah, a self-proclaimed time traveler who went so far as to take a lie detector test to prove he’s from the future. The year 2030 to be exact. Noah is back from his excursion to tomorrow and brought back a souvenir—video footage of Las Vegas in the year 2120.

Noah claims to have made two stops on his recent voyage. First to the year 2060 and next to 2120.

Here’s a lengthy video in which Noah talks about his travels and explains how he remembers Las Vegas being “incredibly hot” thanks to “red clouds from global warming” and not the fact the city sits in the middle of the goddamn desert.

Commentors are already having a blast ripping massive holes in Noah’s Doctor Who-like ability to time-jump. For example, how did his cell phone from 2018 work in the year 2120 and, for real, isn’t he worried about the roaming charges he probably incurred?

The most troubling aspect of this video isn’t the warning of permanently red horizons but that Noah chose to time travel to Las Vegas, of all places.