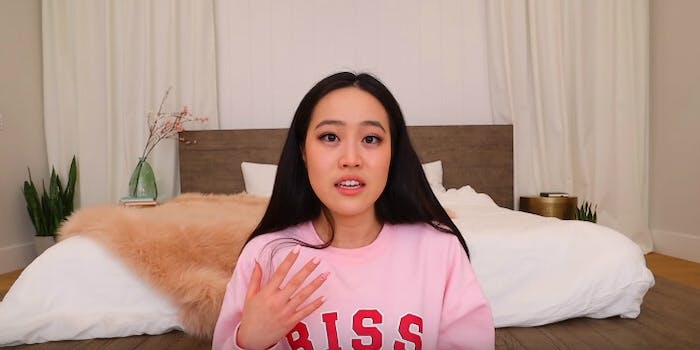 'Can we PLEASE talk about why Nikocado Avocado was taking PICTURES inside of Stephanie’s home?'

In a video, titled “Why I am scared of Nikocado Avocado,” Soo details her first time meeting Nikocado and their subsequent encounters while taping a few videos together.

Clearly shaken, she claims he pretended to be her friend and then forced her into an uncomfortable position, trying to get her to “spill the tea” on another YouTuber named Veronica. When she refused to do so, Nikocado tried to twist her words and insinuate that something serious went down between her and Veronica. The more Soo tried to redirect their conversation, the more Nikocado allegedly pressed her on the matter.

“He didn’t care what I wanted to talk about, he didn’t care how I felt,” Soo recalled of Nikocado’s apparent pushy behavior.

Soo recalls feeling violated after letting Nikocado into her home. She caught him taking multiple pictures inside of her home and scoping out the scene after she went to the restroom. This triggered Soo because she has been especially protective of her home environment after she was sexually assaulted.

“I was sexually assaulted in my own home,” Soo recalls through tears. “They took away my power to say no.”

She also says that Nikocado implied to have secretly recorded audio clips.

Soo posted a video that was first uploaded by Nikocado, wherein he jokingly complains about not having sex with an unnamed person. In the video, he made fun of the “little” #MeToo Movement, blaming it for not being able to make a move.

“I’m not going to just grab it because you will come back, and it’s gonna be the little Me Too movement,” Nikocado says in the video.

Soo responded to Nikocado’s comments in her new video.

“How dare you discredit an entire movement that the sole purpose was giving people a voice who didn’t have a voice?” Soo says.

Her video led to the hashtag #nikocadoisoverparty to trend.

#nikocadoisoverparty , it's about damn time that this piece of shit gets cancelled. he literally breaks down like a little bitch when he doesn't get his way and acts like the victim all the fucking time.
what happened to stephanie soo is so heartbreaking especially knowing about

the fact that Nikocado Avocado scared Stephanie Soo so much to the point where she had breakdowns at 7am is truly alarming. what a disgusting bully, him and his friends are absolutely disgraceful pic.twitter.com/B3RFLFwScb

Nikocado allegedly said Soo’s allegations are “100% fabricated and a total hit job” and that he will post a full response soon.