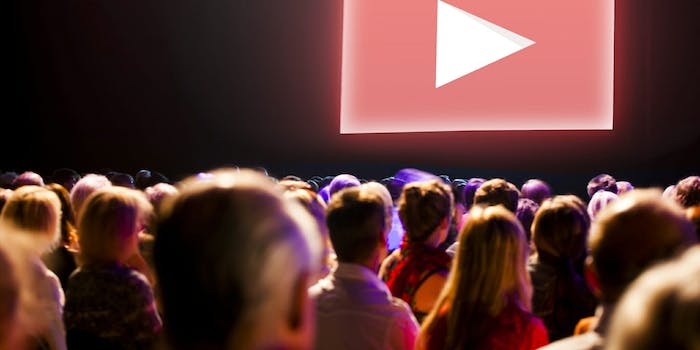 A new report from the Data & Society Research Institute claims that YouTube’s model encourages the spread of white supremacist ideology.

The report, which came out Tuesday, explains how YouTube not only allows for the kinds of messages spread by white nationalist Richard Spencer, but actually leads users to this kind of content.

YouTube’s advertising model is such that people who generate more content can monetize that content—no matter what it is. The YouTube Paid Partnership program (YPP) allows creators with more than 1,000 subscribers and 4,000 watch hours per year to take home a portion of ad sales. (YouTube responded to the story, saying that its community guidelines dictate what can and cannot be monetized and that there are safeguards against offensive content being monetized.)

YouTube doesn’t have any way of controlling how people interact with each other on the platform. So someone who’s on the more mainstream side of the right-wing political spectrum, like Jordan Peterson, could lead viewers to hardcore white nationalists like Spencer by virtue of the fact that they have a mutual collaborator.

While Peterson’s ideas aren’t exactly generally accepted as fact, he does have a massive following on YouTube—almost 1.5 million subscribers. And his popularity and respectability lend a veneer of credibility by association, the report claims.

It’s also a matter of how the information is presented—as “news and entertainment”—rather than opinion. In an era when people are less and less likely to trust mainstream media, relatable, straightforward YouTube stars are providing people with an alternative—an “Alternative Information Network,” as report author Becca Lewis calls it.

Furthermore, Lewis argues, this phenomenon is dependent on “YouTube’s ability to support a type of ‘microcelebrity,’ that is, niche celebrities who are well-known within specific communities. The platform’s motto, ‘Broadcast Yourself,’ encourages individuals to build audiences and promote themselves outside of the confines of legacy media outlets.”

Lewis also argues that these YouTube personalities aren’t just informing. They’re influencing. “They adopt the techniques of influencers to build audiences and ‘sell’ them on far-right ideology,” the report says, through curating their online personae and developing transparent, close relationships with their audiences.

Lewis cites scholar Crystal Abedin in saying that these kinds of culture—YouTube and influencer culture—tend to be discounted by more mainstream news sources, allowing the content there to develop outside the eye of critical discourse.

Google, which owns YouTube, was noticeably absent from this month’s Senate social media hearings, in which Twitter and Facebook CEOs detailed how they planned to combat hate speech and fake news. As of now, all Youtube has to say is that channels are safe as long as they stay within the Community Guidelines.