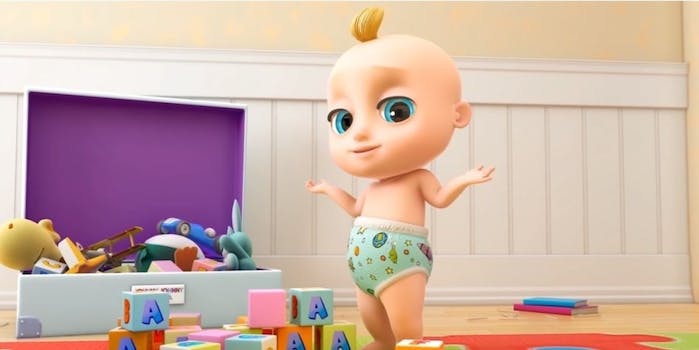 YouTubers are fighting back the only way they can.

New Federal Trade Commission regulations could massively affect YouTube creators who make videos aimed at children. YouTubers are fighting the regulations with #DeadUploadDay, a day where nobody uploads anything to the platform.

In January, new FTC regulations surrounding the Children’s Online Privacy Protection Act (COPPA) will go into effect. COPPA already forbids platforms from collecting data on users who are younger than 13 years old without their parents’ permission, but thanks to the new regulations, YouTube won’t allow creators to post kids content with personalized ads.

In other words, ads for child audiences that are targeted to viewers based on their past usage of Google are no longer allowed, which will almost certainly eat into a YouTubers’ capability to earn ad revenue. Kids’ videos will still get non-personalized ads.

With the changes, YouTube won’t allow comments or likes and dislikes on videos made for children. As YouTube explains, “viewers will have minimum engagement options with made for kids content on YouTube.com.” That’s a big deal for creators because comments and likes add to the engagement factor of a video that could help it grow viewership and thus, ad revenue.

The new YouTube rules stem from the $170 million fine the platform had to pay to the FTC for collecting data on children without their permission.

While YouTube will use machine learning to help identify videos made for the younger audience, the platform is putting much of the onus on its creators by requiring YouTubers to label the content that is made for kids. But what happens if a video that is not designated for kids finds an audience full of children anyway?

As YouTube wrote, “Ultimately, you know your audience best and we’ll rely on you to designate (in Studio) your videos as made for kids. If a creator attempts to avoid categorizing their content correctly, there may be consequences on the YouTube platform for that creator.”

Those consequences could be a punishment from YouTube or monetary fines from the FTC.

Upset YouTubers are spreading the hashtag  #DeadUploadDay, which urges video creators not to post any content on Nov. 26 to protest the new FTC and YouTube regulations.

The hashtag—basically a call to action for YouTubers to do nothing next Tuesday—began trending earlier this week.

Since then, a number of YouTubers (or fans of YouTubers) have enthusiastically joined the message.

I will not be going to YouTube on this day either. @YouTube
doesn't make money off of uploading…they make money off of our eyes seeing their ads. So no uploading and NO VIEWING on Dead Upload Day.#DeadUploadDay https://t.co/QPXytmHfCB

Not everybody agreed with the online movement, though. Some argued it was unhelpful to protest YouTube when the new rules are a response to federal regulations.

Still, a number of creators are displeased—including PewDiePie, who is apparently worried about the prospect of facing lawsuits and fines if children view his content even if he’s not meaning for them to watch it.

“What? Why? That makes no sense… control your children please,” he said in a recent video, according to Dexerto. “I have 5,000 videos on my channel. If 24 of them get deemed as targeted for kids, then I owe them $1 million…. Epic.”

As YouTube has said, “We recognize that this won’t be easy for some creators, but we believe that these are important steps to improve data practices on content made for kids on YouTube.com.” If the #DeadUploadDay users have their way, though, nobody will have to worry about posting kids’ content on Nov. 26.