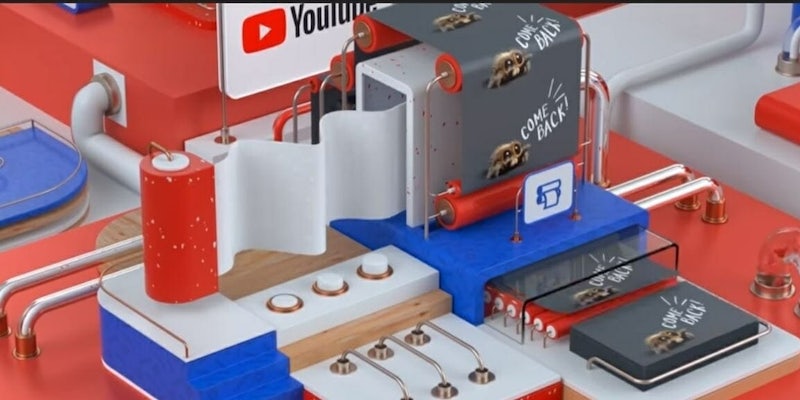 Many YouTubers have not been happy.

YouTube said Thursday that it will offer paid subscriptions to certain channels that will give viewers more content from their favorite vloggers, and YouTube will now make it easier for those vloggers to sell their merchandise.

The subscriptions are called Channel Memberships, and those viewers who pay a monthly fee of $4.99 will get exclusive livestreams and extra videos along with new emoji or shout-outs from their favorite vloggers. The memberships have been available for a few channels, but YouTube said that soon it will expand the program to every YouTuber with more than 100,000 subscribers. According to YouTube, comedy vlogger Mike Falzone (170,000 subscribers) has tripled his YouTube revenue since Channel Memberships began in January.

YouTube also said that it’s teaming up with Teespring to make it easier for vloggers to sell personalized merchandise, which could bring in a significant amount of revenue. That partnership will be available for any channel with more than 10,000 subscribers, and as Wired points out, a new “merchandise shelf” will appear under these vloggers’ videos, allowing viewers to more easily click on the products they want to buy from their favorite YouTubers.

“Merchandise has been a part of many creators’ businesses for a long time. We want to make it easier for more creators to sell merch directly from their channel,” YouTube said in a blog post. “Just take a look at Joshua Slice’s merchandise shelf. The creator of Lucas the Spider recently turned his hero character into a plushie selling over 60,000 furry friends and generating over $1 million in profit in just 18 days, according to Teespring.”

With some well-known YouTube creators upset at their ad revenue earnings—PewDiePie recently called himself a “hat salesman” because he made more money off merchandise than from his YouTube ad revenue—and with the advent this week of Instagram’s new long-form video app, YouTube sought to assure its content creators that it’s still interested in making them money.

Said PewDiePie, the world’s most popular YouTuber, in May, “Honestly, legit, I am making more on selling these hats this month than I’m making on ad revenue, despite uploading daily content. Do you understand how bad ad revenue is? I might as well not even call myself a YouTuber, I’m a hat merch, I’m a hat salesman, at this point. That is my profession.”

In 2017, YouTubers also complained about the “adpocalypse” after the site changed the guidelines for which channels could generate ad revenue, and earlier this year, less popular vloggers went apoplectic when YouTube stopped allowing channels with less than 1,000 subscribers to sell ads on their videos.

But YouTube paints a rosier picture. It says that creators who earn five figures per year have increased by 35 percent while those who make six figures annually from the site have gone up by 40 percent.

“As in previous years, the vast majority of the revenue is coming from our advertising partners,” YouTube said. “We’ll continue investing here, but we also want to think beyond ads. Creators should have as many ways and opportunities to make money as possible.”