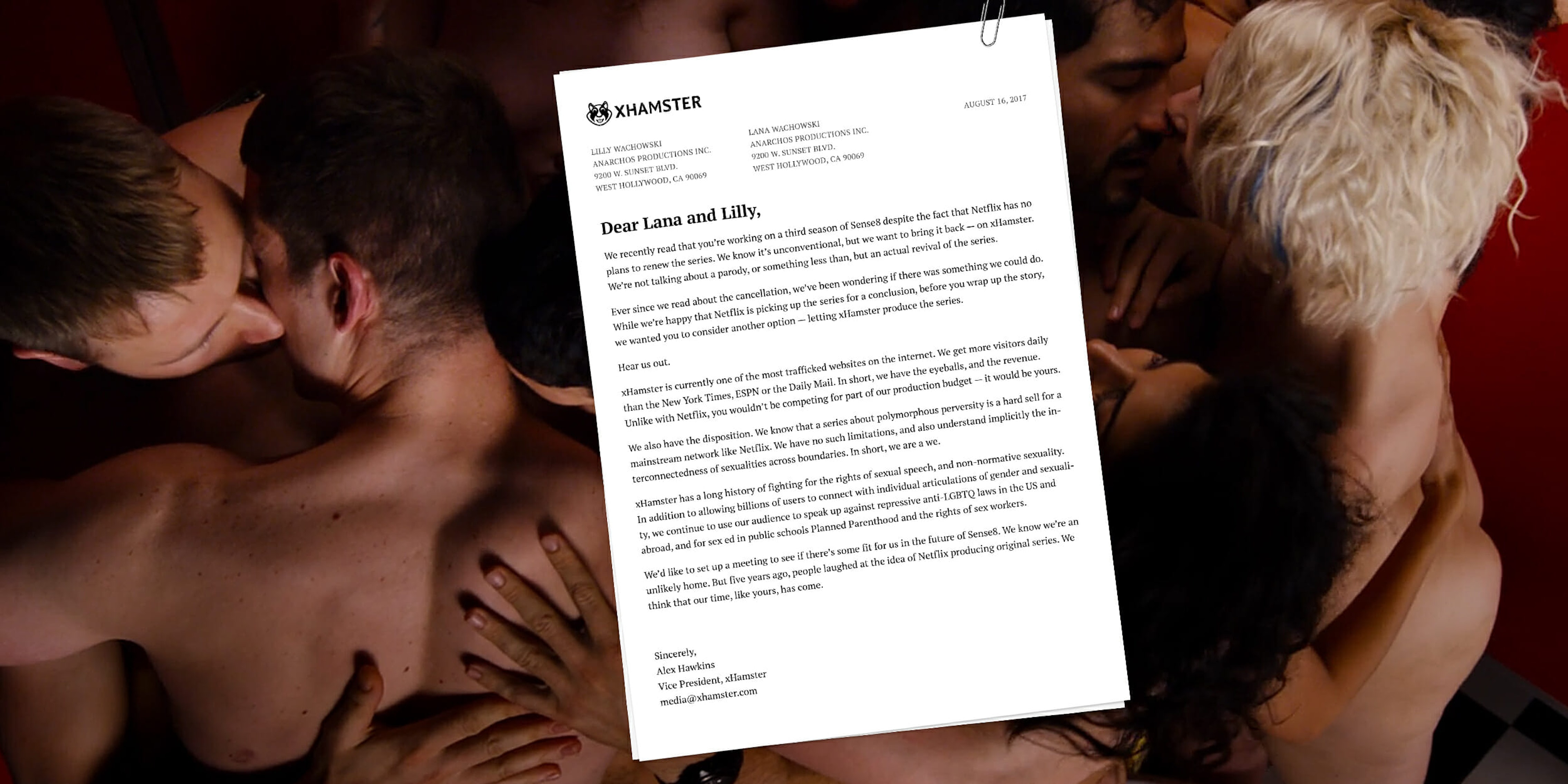 While Netflix has vowed to give Sense8 a two-hour finale after canceling the series, another platform is stepping up to save it.

We know that a series about polymorphous perversity is a hard sell for a mainstream network like Netflix. We have no such limitations, and also understand implicitly the interconnectedness of sexualities across boundaries. In short, we are a we.

The Sense8 online fandom is strong, and responses have been mixed.

It’ll be interesting to see if this catches Netflix’s attention. Maybe Netflix already has a surprise season 3 announcement coming.

The Wachowskis have not responded.