After a few minutes of watching Caspian staring into space, smiling at no one in particular and happily playing with himself, I ask him if he’s aware that his hand is down his pants. He looks up at me, smiling beatifically. “Because it feels good there,” he says. 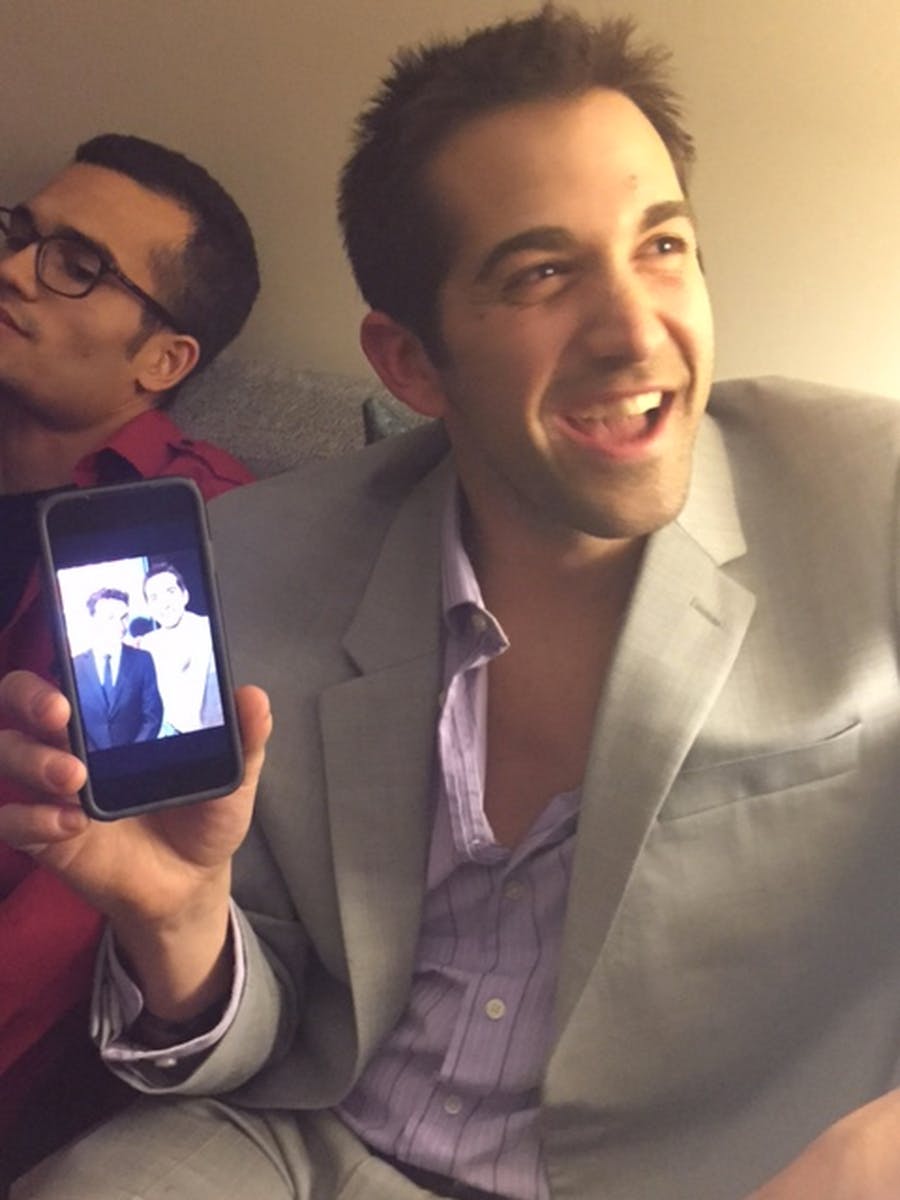 Last month, Sex Factor producer and creator Buddy Ruben selected eight contestants in the show’s first “casting call,” as well as eight more contestants during a second round of auditions in Las Vegas during the weekend of the Expo. The final cast made its debut at the AVN Awards Red Carpet, shooting their first scenes at a Sex Factor mansion outside Las Vegas.

If the atmosphere at the pregame party was any indication, they’re already getting a lot of practice: Shortly after spotting Caspian’s solo performance, I witnessed a contestant getting digitally penetrated by a dude on the couch who looked like the singer of Nickelback. Donnie Rock also claimed to have “hooked up with” her in the mansion’s hot tub. 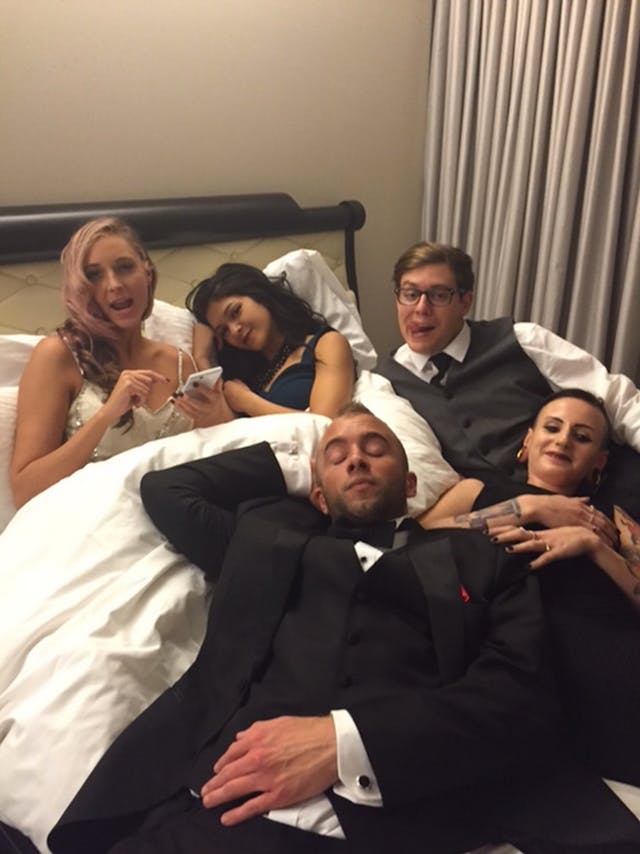 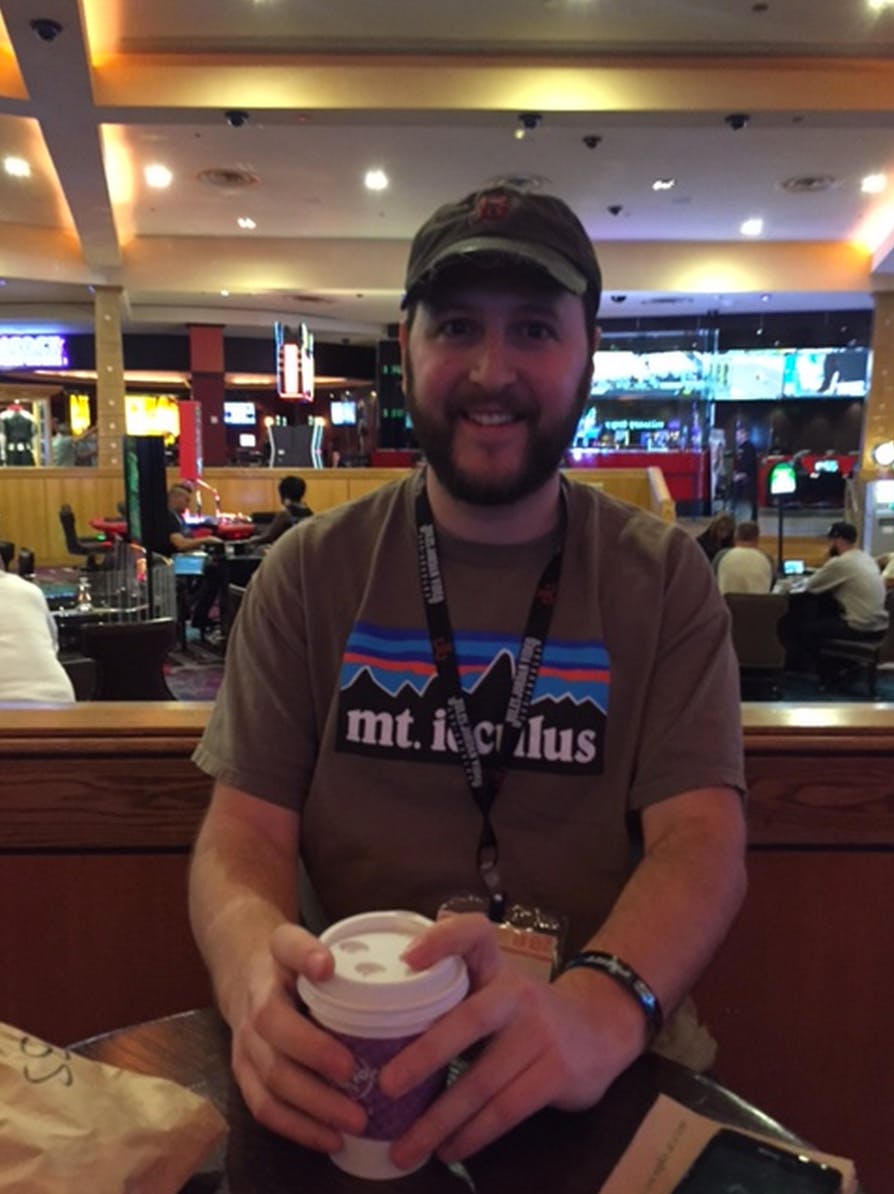 Since the trailer premiered last May, Ruben has received what he calls a “shit ton” of applications from porn hopefuls via the Sex Factor website. One of them was from Paige Jennings, aka Veronica Vain, who made headlines earlier this month when she quit her job at a high-profile Wall Street investment banking firm to audition for the show. (While Rubin would neither confirm nor deny that she was still on the show, Jennings has tweeted multiple photos of herself on set, and separately confirmed in a message to the Daily Dot that she was still involved with the project.)

The audition process for The Sex Factor is simple: Contestants are paired with other contestants for boy-girl or girl-girl scenes, while the judges give feedback on set. “We do an interview: ‘Are you nervous? How are you feeling? Let me give you some tips,’” says Ruben. “Then Keiran [Lee] gives the guy tips and tricks on how to get hard, and they’re in the room giving you direction while you’re doing the scene.”

Sometimes, the judges even get in on the action, as Blair Williams, a cherubic blonde woman in a fur coat, told the Daily Dot on the AVN red carpet. During her first boy-girl scene, she says, Lexi Belle came in and finished her off while her scene partner struggled to maintain an erection.

Williams’s awards show carpet date, a diminutive man in a brown trench coat who introduced himself as Mike Dean, got hooked up with The Sex Factor the Wednesday before the producers traveled to Vegas, when he emailed Rubin and told him he wanted to audition. Although Ruben told him casting had already started, Dean paid his own way from Charleston, S.C., and showed up in time for the audition.

“I wanted to travel and explore something new,” he said when I asked him about his motivations for joining The Sex Factor.

“You could join the army,” I pointed out.

“Yeah, but this sounds like a lot more fun,” he responded. 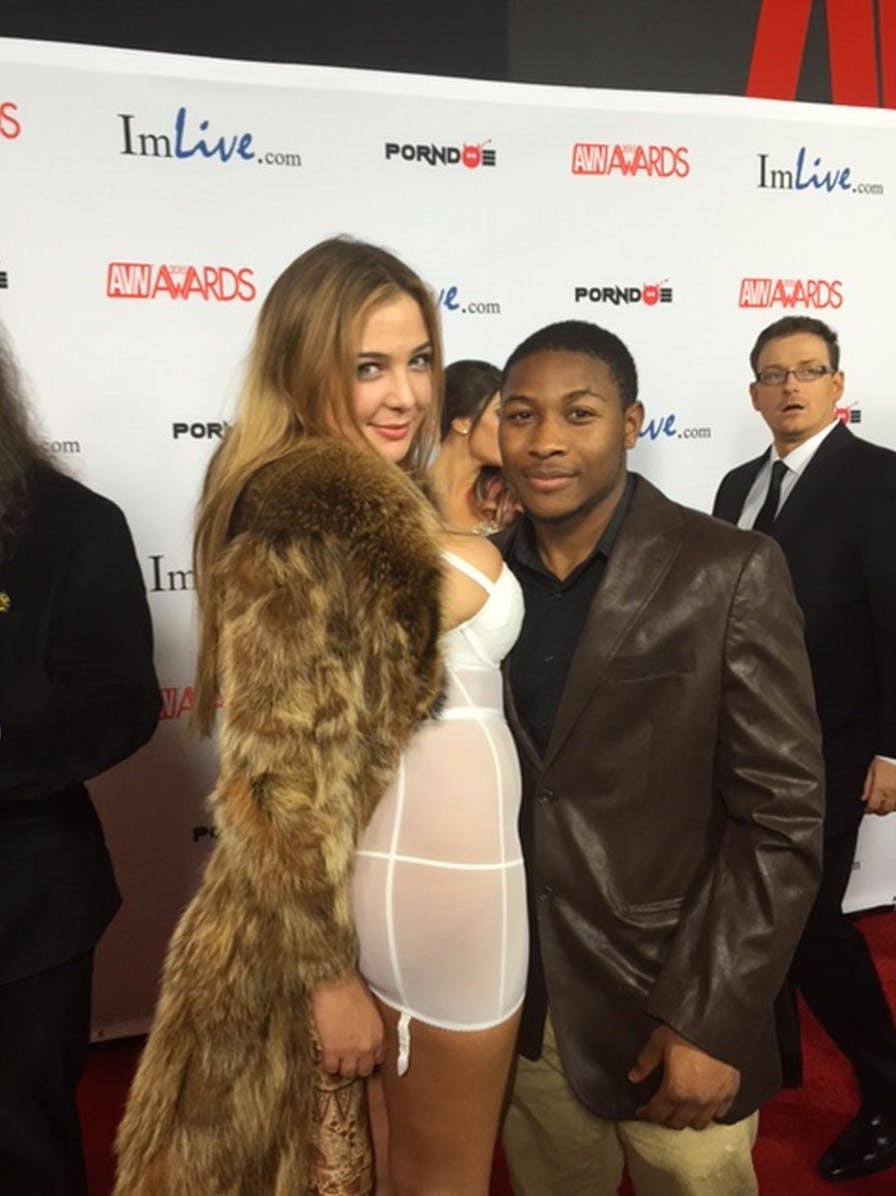 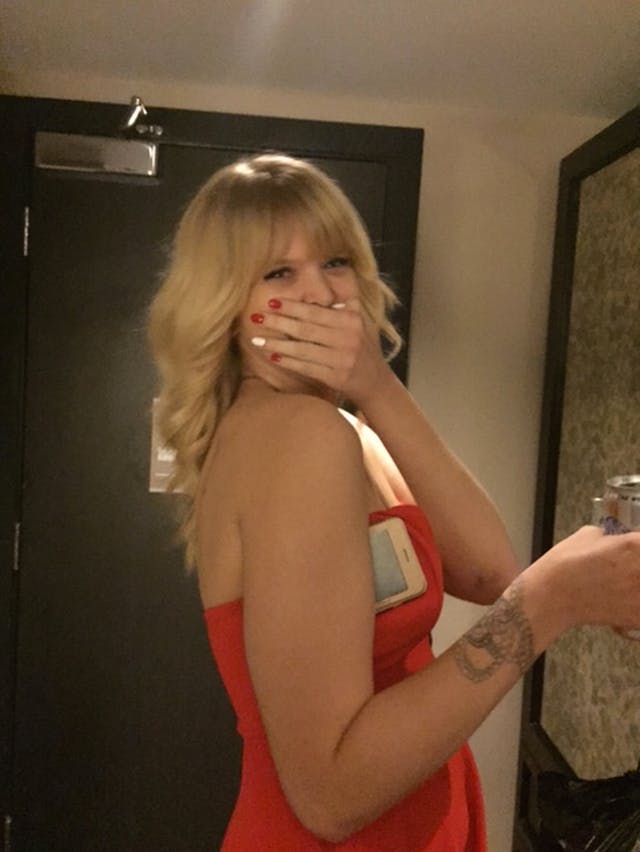 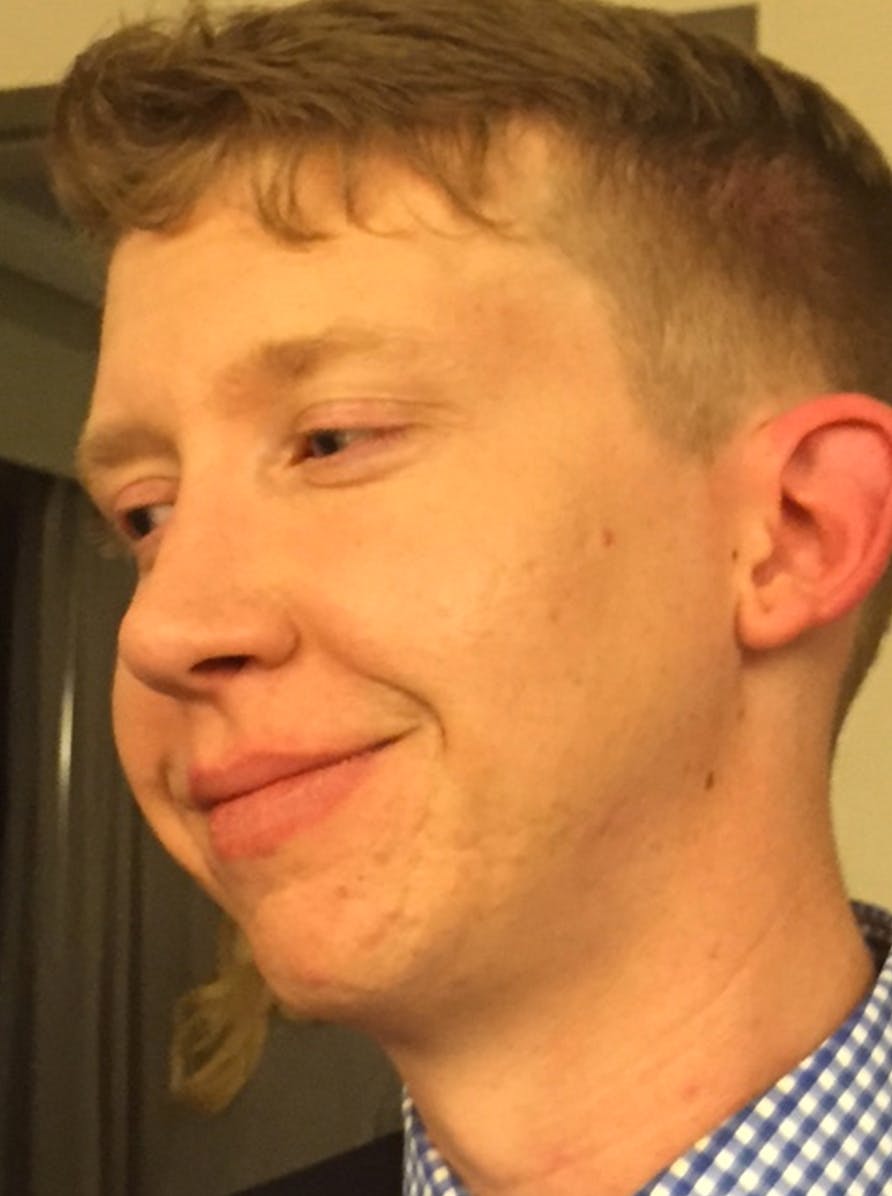 That said, if you can’t fulfill the third requirement, you likely won’t last for very long—pun intended—on the show. Kaelin Blake (link NSFW), a voluptuous redhead who worked as a phlebotomist before joining Sex Factor, told me that one of her fellow performers got the ax when he couldn’t get hard during their scene. “I didn’t know what to do,” she told me, wide-eyed. “I’d never seen one that wasn’t hard before.”

“I haven’t quit my job yet. I guess I’m kinda fucked,” she told me on the red carpet. “I’ll deal with it when it comes out. But I think my family will understand and still love me. This isn’t me. It’s Blair Williams. It’s a persona. There’s a difference between the two.”