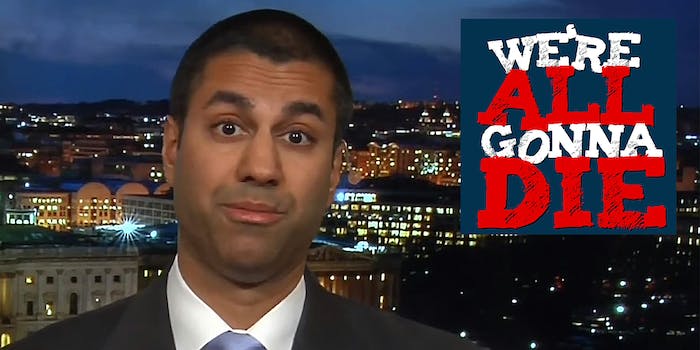 On this episode of We’re All Gonna Die, the gang speaks with Evan Greer, deputy director of Fight for the Future, and she explains what you can do to help save net neutrality. Hint: It’s time to be that annoying Facebook friend.

We discuss why the Red Alert protest will work, why the internet continues to rally in favor of net neutrality, and what we can expect as the fight gears up in Congress.

Later, we break down Mitt Romney’s baffling hot dog gaffe, ponder the origins of Stormy Daniels’ sex cult rumors, and ask whether or not President Donald Trump should win the Nobel peace prize for single-handedly ending war in Korea. All that, plus more Limp Bizkit asides than are needed.