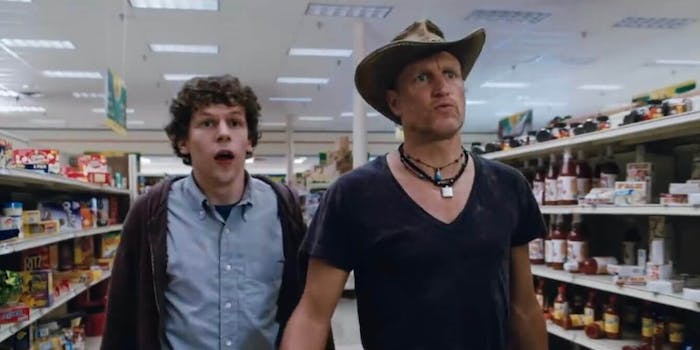 Where to stream ‘Zombieland’ before ‘Double Tap’ comes out

Catch up on the saga of Tallahassee and Columbus before you see the next chapter.

Zombies never die, and neither does our cinematic fascination with the undead.

Film and television franchises that tell tales of zombie apocalypse can seemingly go on forever. The Walking Dead continues to soldier on after years and numerous spinoffs on AMC, and now, post-apocalyptic zom-com Zombieland is getting a sequel.

The original 2009 film featured a charismatic cast led by Woody Harrelson, Emma Stone, and Jesse Eisenberg. Zombieland’s charming, tongue-in-cheek swagger made it a cult classic. A decade later, its sequel, Zombieland: Double Tap, is poised to offer more of the same when it hits theaters on Friday.

If you want to catch up on the original film before taking in the sequel, or you just want to jog your memory before returning to this world, here’s how you can watch Zombieland online.

Is Zombieland on Netflix?

Though Zombieland is not currently on Netflix, it will return to the streaming service November 1.

Is Zombieland on Hulu?

Regular Hulu subscribers will not be able to stream Zombieland, though you will be able to watch the film if you have Hulu with Live TV.

Is Zombieland on Amazon Prime?

How else can I watch Zombieland online?

There are no free streaming options available for Zombieland at the moment, but you can rent or purchase the film on your platform of choice, be it iTunes, Google Play, YouTube, or another service that allows you pay for digital content.