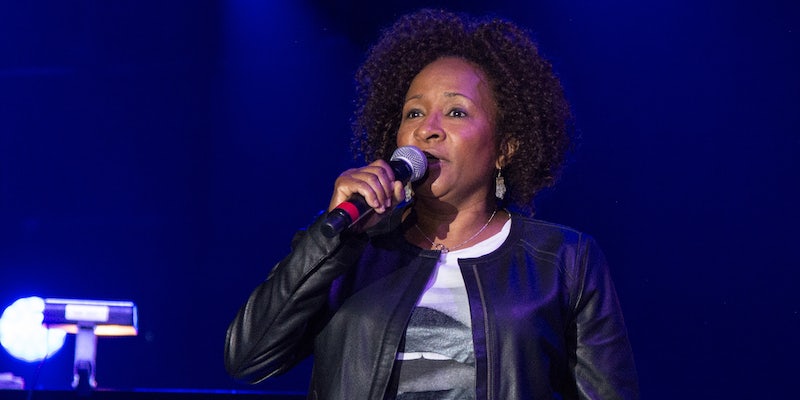 'The evidence is there.'

Wanda Sykes quickly found out the temperature in the room after calling Donald Trump a racist, sexist homophobe.

At a Comics Come Home fundraiser in Boston over the weekend, the comedian told the audience that after Trump was elected, she told people that things would be OK. “I am certain this is not the first time we’ve elected a racist, sexist, homophobic president,” she continued, as boos started to fill the room.

The clip below starts with the segment in question, then segues into her full set. Earlier in the set, Sykes spoke more about Trump and racism, and how it’s now “angry white guy time.”

The Boston Herald reported that Sykes also flipped off the crowd, and that another comic on the bill was booed during his set as well.