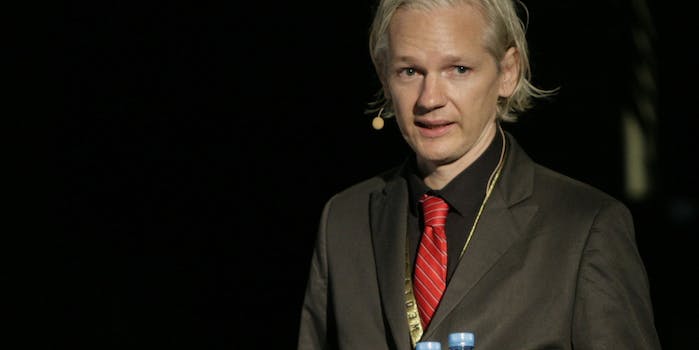 Taking a cue from Zach Braff, Uwe Boll has taken to Kickstarter in an effort to fund his latest tanker, Postal 2.

Controversial WikiLeaks founder and unlikely entertainment superstar Julian Assange has conquered the worlds of war documentaries, television talk shows, dating games, and power ballads. Now he faces his greatest (non-extradition-related) challenge: conquering the Hollywood box office. But this time, he’s not alone—he has the world’s worst director by his side.

Uwe Boll is officially the worst movie director in the world. He won the Razzie for that coveted title, and no one who has sat through one of his movies would dispute his right to it. He once challenged his critics to go a few rounds with him in the boxing ring, and released the footage as Raging Boll. Now, taking a cue from Zach Braff, Spike Lee, and other millionaire misers, he’s taken to Kickstarter in an effort to fund his latest tanker, Postal 2.

Yes, a sequel to a terrible movie about a video game.

There’s a minor industry in films about WikiLeaks, varying from the generally positive and well-received Underground to Alex Gibney’s documentary We Steal Secrets (widely loathed by supporters) to the upcoming Benedict Cumberbatch–centric Fifth Estate. It should be noted that this movie has no input from Assange or Snowden, at least as far as either will admit in public.

The premise of this clunker is, as with all Boll productions, simple, but it’s perfectly straightforward once you’ve taken enough drugs. Of course it has nothing to do with the game. Or the first movie. Boll explained that the title was chosen arbitrarily, saying: “We could name the movie also HONEY BOOBOO must die … but so many people deserve to die.” Hard to argue with that. He continued, “Our body count will be higher [than] Hiroshima and Dancing With the Stars combined.” So it’s going to be a comedy-caper-slapstick-political-thriller schlockfest of beyond-epic proportions. Or, in Boll’s own words:

Postal 2 will be a controversial comedy in which we take up current political issues. We take the biggest scandals of our democracy, like the happenings about Julien Assange and Edward Snowdon [sic] and show that there is no difference between our democracy and the prison camps in Russia or China. We show that through this massive monitoring our communication data is not safe anymore! We want to make a movie which is totally uncensored, pointed against everything and everybody, against every political party and every religion. There will be no survivors.

Or, presumably, any Oscars.

If the script is as amusing as the Kickstarter, he’s off to a good start. “Where the money goes:

“So just give me some money and we do it!”

This has the potential to be the Big Trouble in Little China of geopolitical cinema. Get the popcorn ready.