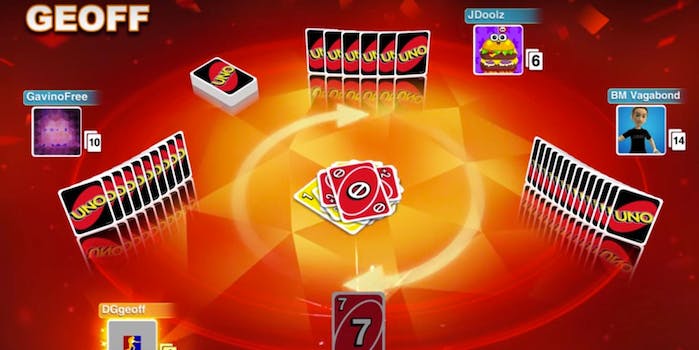 The game that never ends.

One of IMDb’s best-rated comedies is a fake movie about four men playing a tortuous game of Uno.

Uno: The Movie was born out of a two-and-a-half-hour Let’s Play video from Rooster Teeth’s Achievement Hunter. In it, the guys play a game of Uno that slowly becomes filled with expletives, screams of anguish, and maniacal laughter.

To hear Achievement Hunter’s Geoff Ramsey tell the story of that fateful night, you can see how the film was destined to become a fake classic.

“It was Election Day,” he recalls. They started playing around 4:30pm, thinking they would soon be home with their families. But then the feeling in the room changed.

“I guess the prevailing mood was misery coupled with acceptance,” Ramsey says.

The video, posted Dec. 1, now has more than 1 million views, but even more impressive, Uno: The Movie soon became the No. 1 rated comedy feature with at least 1,000 votes on IMDb, with a rating of 10.0/10, “which raises the question about what is considered a film,” Ramsey says, though it does have a full cast and crew listing. He adds that it’s certainly the “least expensive indie film of all time.”

The second highest-rated comedy is a 1975 feature from Turkey. 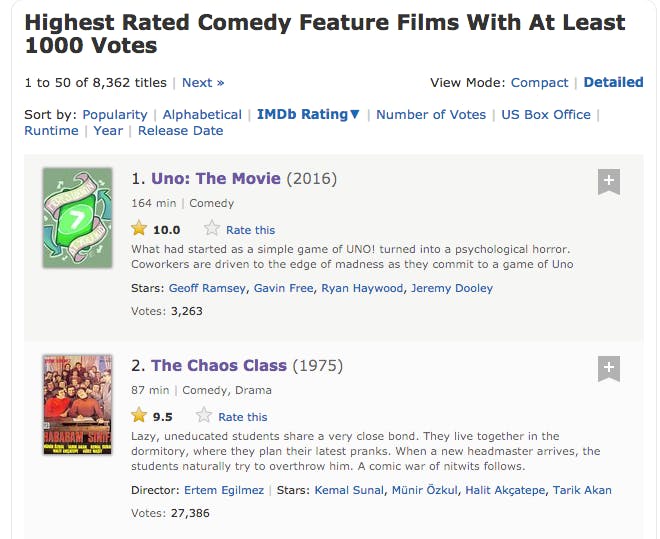 He claims he doesn’t know who created the entry, only that it’s likely an “overzealous” fan or viewer. IMDb user reviews call it “A modern-day 12 Angry Men” and an “existential masterpiece.” There’s an Uno: The Movie drinking game. 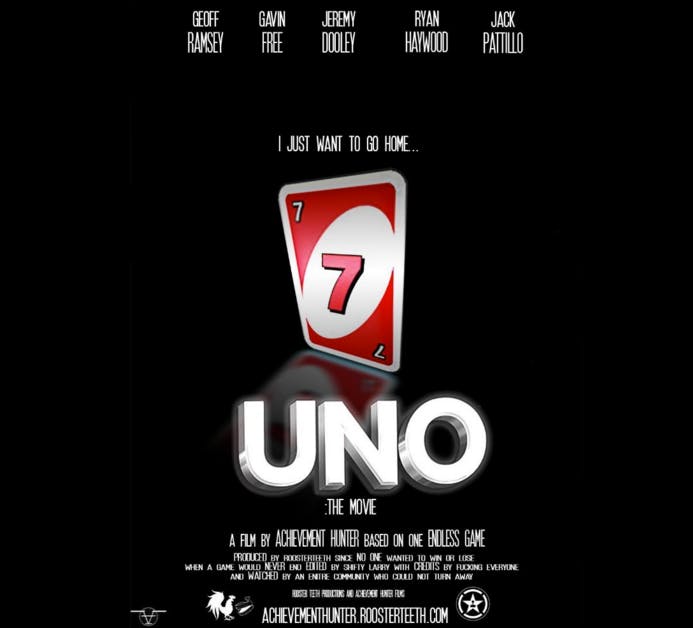 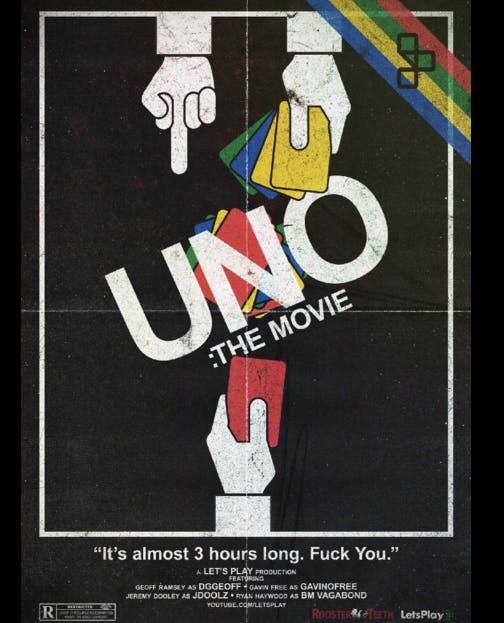 The Austin, Texas-based Rooster Teeth started building its fanbase before YouTube was around, and therefore its fandom runs a little deeper. Earlier this year, new game Million Dollars, But… was funded in two minutes and far surpassed its goal. Fans feel a sense of ownership in the content, and Rooster Teeth also goes to great lengths to keep them happy. The creative stream goes both ways.

Now that this achievement has been unlocked, could the film be considered for an Oscar? Ramsey says the Academy hasn’t contacted them—yet. And what about breakout performances?

“I’m a humble man but I thought my performance was adequate,” Ramsey says.

They plan to do more “movies,” and a “rousing game of Trivial Pursuit” could be next. As for the fate of the IMDb entry, it now lies in someone else’s hands, but it’s given Ramsey a sense ownership.

“If they try to take it down now I feel like I have to fight for it.”