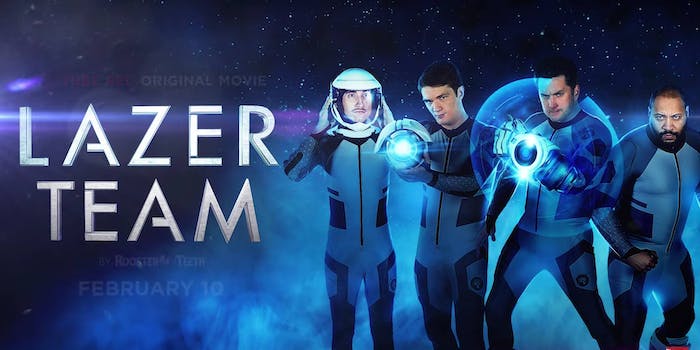 'Why don't we just act it out while you wait for us to send you a new one.'

YouTube Red‘s first offering of original content has made it a force to be reckoned with as a subscription streaming service. Still, plenty of people would rather pop in a DVD than rely on an internet connection. Redditor DaBendyCindy is one such person and also a big fan of Rooster Teeth, the Austin-based comedy production company helping to put YouTube Red on the map.

Rooster Teeth’s Lazer Team full-length feature began with a highly successful Kickstarter and is, in fact, still going. A sequel to the world-saving comedy is already in the works. Oh, and the original Lazer Team is being performed on Reddit.

DeBendyCindy bought a copy of the Lazer Team DVD. For some reason, her computer just wasn’t having it. The disk drive failed to register that anything was even inside of it. So, she took to r/RoosterTeeth to let the folks behind the film know what’s up. In addition to promising to send out a new copy, creator Burnie Burns decided to take things one step further and reenact the film in the meantime. 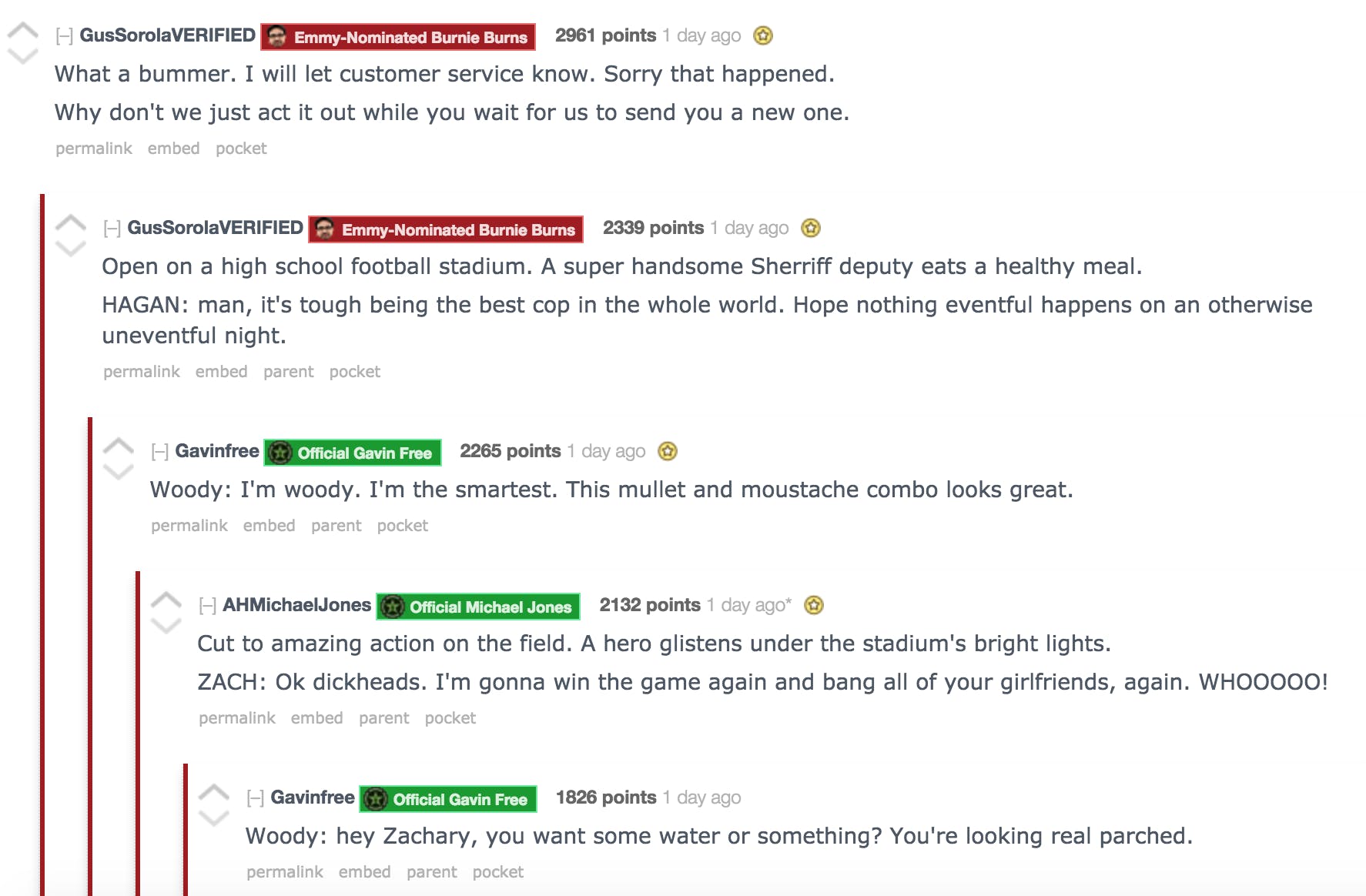 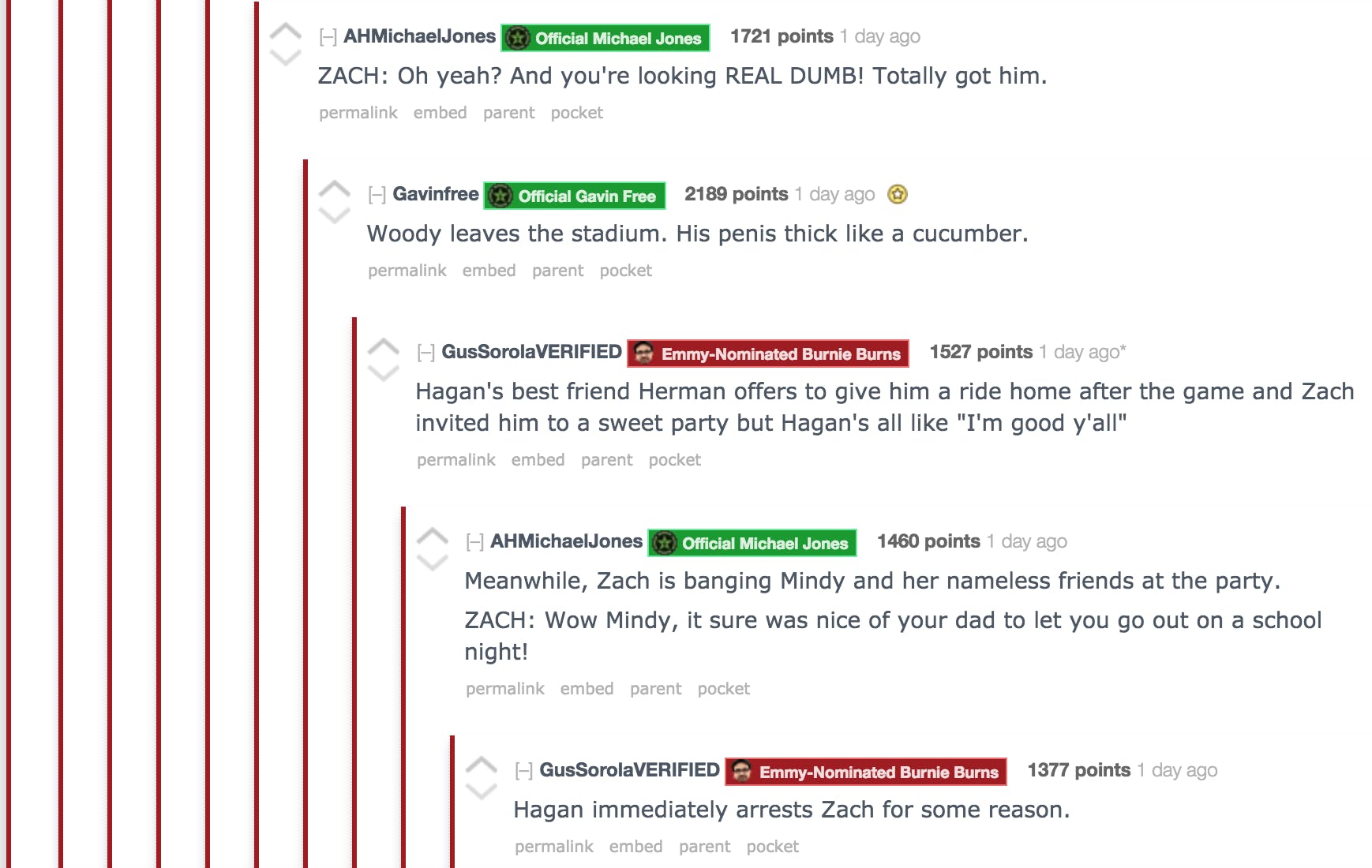