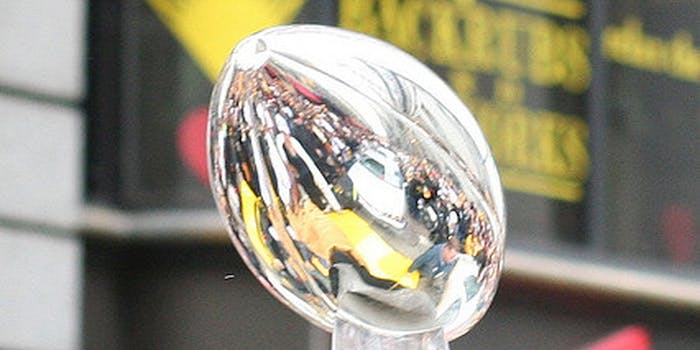 Get an inside look at the big game through tweets from these two Twitter accounts.

The biggest Super Bowl of all time—at least until next year’s game—is almost upon us, so it’s time to start figuring out where to keep track of all the Twitter conversations around the game.

A pair of dedicated Twitter accounts will help you find out what those with close ties to the New York Giants and the New England Patriots are saying about the matchup. The accounts, @GiantsTweets and @NEPatriotTweets, algorithmically select and retweet some of the top tweets from the teams’ official accounts, along with those of players, coaches, team owners, and local media outlets.

The aim is to help you discover new accounts related to the teams, giving fans the inside track on the latest news and comments from the teams—a move that will likely spread to other sports and cultural events in the near future.

Twitter has also put together a list of top NFL players, coaches ,and commentators that you can follow to get reactions during the game. And, of course, you can keep an eye on the hashtag #SuperBowl to find what your fellow tweeters are saying.

But football is only half the fun of watching the Super Bowl. That’s why Twitter has created a page where you can watch the ads immediately after the game and vote for your favorites by tweeting about them.

Sports and Twitter are a fine match for each other. Fans routinely take to the community to share their thoughts about a game or a big play—and to talk trash about their team’s opponents.

During Super Bowl XLV, the tweets per second (TPS) record for a sporting event was broken, with a peak volume of 4,064 TPS. That record was shattered during the FIFA Women’s World Cup final between USA and Japan last July, and again last month when Tim Tebow threw a miracle overtime touchdown pass to win an AFC playoff game.

Here’s hoping for some more fireworks from Tom Brady and Eli Manning this Sunday.