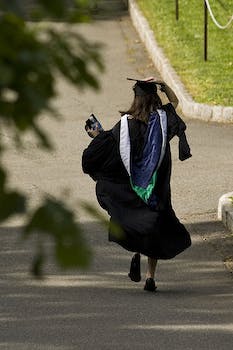 if it can be said in a book, just maybe it can also be said in 140 characters.

The thesis is the bane of every grad student—incredibly detailed, exhaustively researched, and so time-consuming to complete that every graduate program in the world has its share of students who say, “Yeah, I’ve completed all my required coursework; I just can’t seem to finish my thesis.”

Would matters improve if people had to condense their often book-length theses to fit inside the strict 140-character limits of Twitter? In other words, should students Tweet their theses?  Wired Campus reports that the week-old hashtag is the brainchild of Susan Greenberg, an English and creative writing lecturer pursuing a doctorate in information studies at University College London.

A look at the Tweets that came up under the hashtag #tweetyourthesis suggests that, while the idea does enjoy a lot of support, that support stems mostly from people majoring in so-called “soft” subjects: art, literature, and the humanities. The idea is a lot less popular among students of mathematics and the “hard” sciences.

When Claire Warwick tweeted, “If u can’t summarise ur research in a tweet u need to do a lot more work on ur question,” a pharmacologist named David Colquhoun protested, “Not so, for much science.”

And Michael Potter, who tweets under the handle StumpyMcCripple, added, “If you can summarize your research in a tweet, you’re probably in 8th grade.”

Larry Tingen, who tweets as YourMathProf, wants to know, “How am I supposed to #tweetyourthesis?”

IzaWarner, however, likes the idea and thinks the philosopher Santayana would too: “To be brief is almost a condition of being inspired. George Santayana”

(On the other hand, Santayana’s best-known work, “The Life of Reason,” filled five separate volumes, and he needed another four to publish “The Realms of Being.”)

There were a few instances where people who “tweeted their theses” actually outlined what they intend to study:

“Solve interdisciplinary problems using stasis theory, an ancient rhetorical method” or  “a comparative variationist account of how bilinguals differ from monolinguals in terms of sound production in Panama.”

Once they finish their research and write their papers, however, it remains to be seen whether they’ll be able to accurately summarize the results in 140 English-language characters. But Radhika Jones thinks they can. She tweeted, “My only regret is that when I was writing, there was no #tweetyourthesis hashtag.”