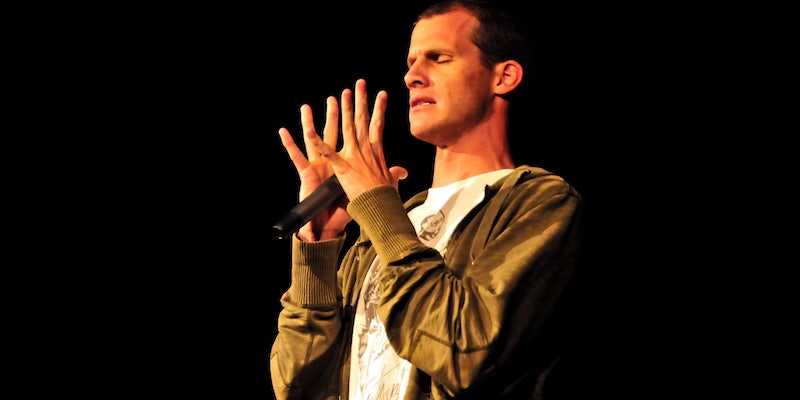 Daniel Tosh destroys the Patriots’ legacy in this hilarious rant

He has a less-than-super view of the Super Bowl champs.

When Daniel Tosh gets it right, look out; there are no survivors.

Tosh, the host of Comedy Central’s usually funny, often cringe-worthy Tosh.0, is known for finding and promptly ignoring the line between good clean fun and grab-’em-by-the-nads rants. In one of his more clever, acerbic, and spot-on diatribes, delivered during last night’s show, Tosh went helmet-to-helmet with the 2015 Super Bowl champion, the New England Patriots.

Showing more than a passing familiarity with the Pats and football, Tosh tore into the owner, star players, and the unproven-but-assumed notion that the team cheated by underinflating game footballs. A self-proclaimed Miami Dolphins fan, the comic had this to say about Deflategate:

If football is a game of inches, then anyone in your organization cheating even a single time taints everything from that point on.

Tosh jokingly (we think) added that he’s not afraid of spreading his Pats-hating nastiness in person to New Englanders in his alleged Nor’easter 2015 Tour “From Halifax to Hershey.”

When tickets go on sale, let us know. As a fellow Pats hater, I’ll be first in line.