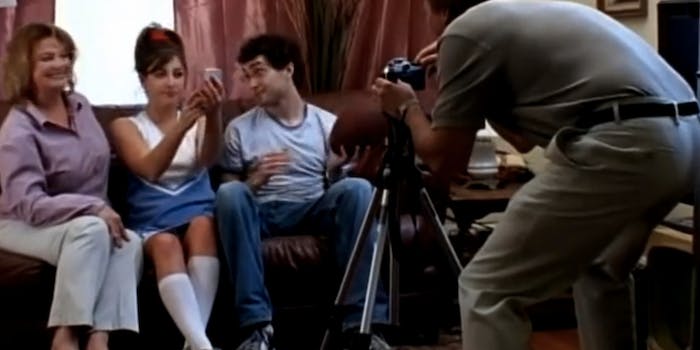 ‘Too Many Cooks’ bears striking resemblance to this 2011 student film

All we know is, there is no such thing as too many ’80s and ’90s sitcom parodies.

Too Many Cooks is such an Internet phenomenon that it’s come time for the Internet police to figure out if it was just a rip-off. Something that perfect can’t be original, can it?

Spoofing ’80s and ’90s TV openings isn’t unique, but one 2010 USC student film, Door’s Always Open, bears some striking similarities to the Adult Swim phenomenon, although not enough to be classified as pure rip-off. Both videos focus on ’80s and ’90s sitcom tropes and murderous madness, but that’s where the similarities end. Erica Rupp’s film features the repetitiveness of a single opening sequence with tweaks until it dissolves into the psychosis of a single woman, while Too Many Cooks is more a meta exploration of the television themes, with madness sprinkled in for good measure.

When the similarity was pointed out to Rupp on YouTube, she replied, “Eh idea’s [sic] are in the air man. I’m happy they’re doing awesome stuff. Their video was bomb.”  She later posted to Reddit, drumming up more attention for her film, and deservedly so. It’s great, but definitely not a comedy or a gag like Too Many Cooks.

Still, give Door’s Always Open a watch if you loved Too Many Cooks. There’s no such thing as too many riffs on ’80s and ’90s sitcom credit sequences in our book. Consider MADtv’s One for the Road, which went up on YouTube this summer.

If you want to compare, here’s Too Many Cooks for the millionth time.