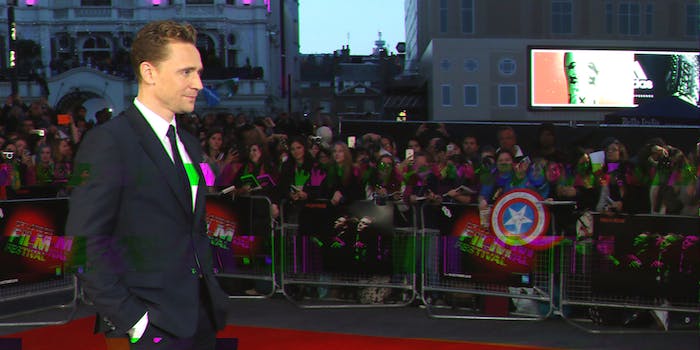 On Friday morning, British actor Tom Hiddleston fell victim to a cyber attack in which a hacker took over his Instagram account, removing almost all of his photos.

Hiddleston, known for his portrayal of Loki in the Thor films (and more recently, for dating Taylor Swift), had not issued a statement by publishing time.

Responsibility for the attack was claimed by what appears to be a group called Team Error 404, made up of several hackers using various monikers preceded by “doctor.” One hacker using the moniker Dr. No reposted screengrabs of attacks on Hiddleston’s and other accounts to their own page. 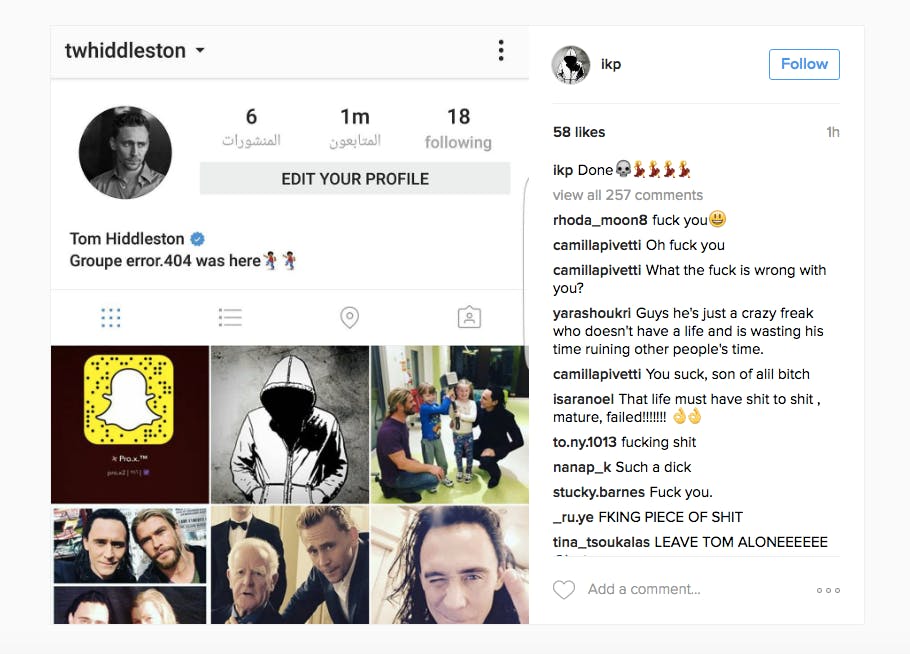 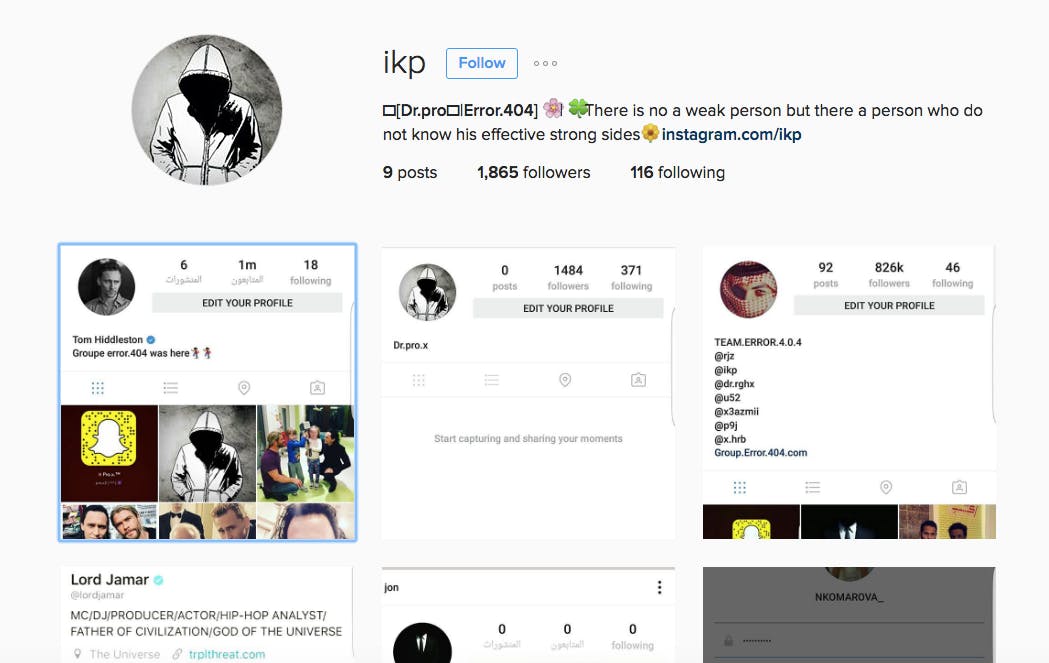 Hiddleston’s 1 million followers on Instagram quickly jumped to the actor’s aid, pinging @Instagram on his hacked account thousands of times in an effort to get the social network to take action. Fans also jumped on the hacker—calling the hacker a “f**king piece of sh*t” among other things.

The majority of Hiddleston’s photos had been removed from his profile, save for about four pics of the actor in costume as Loki. The remainder of his account was replaced by screengrabs of Team Error 404 member accounts. 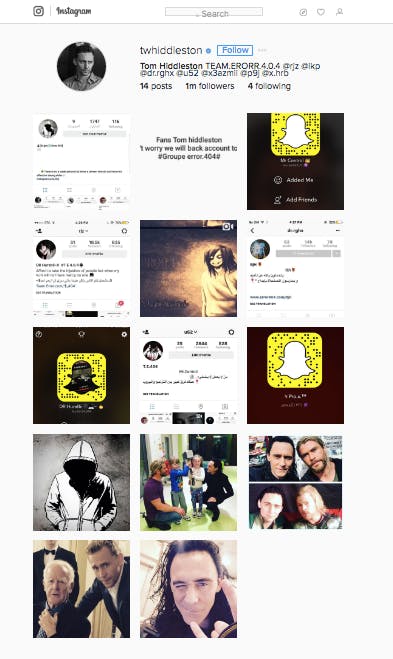 The Daily Dot reached out to Instagram for comment, asking what steps the company planned to take, but did not receive an immediate response.

Perez Hilton was first to publicize the attack—tweeting from his personal account about the hack on Friday morning.